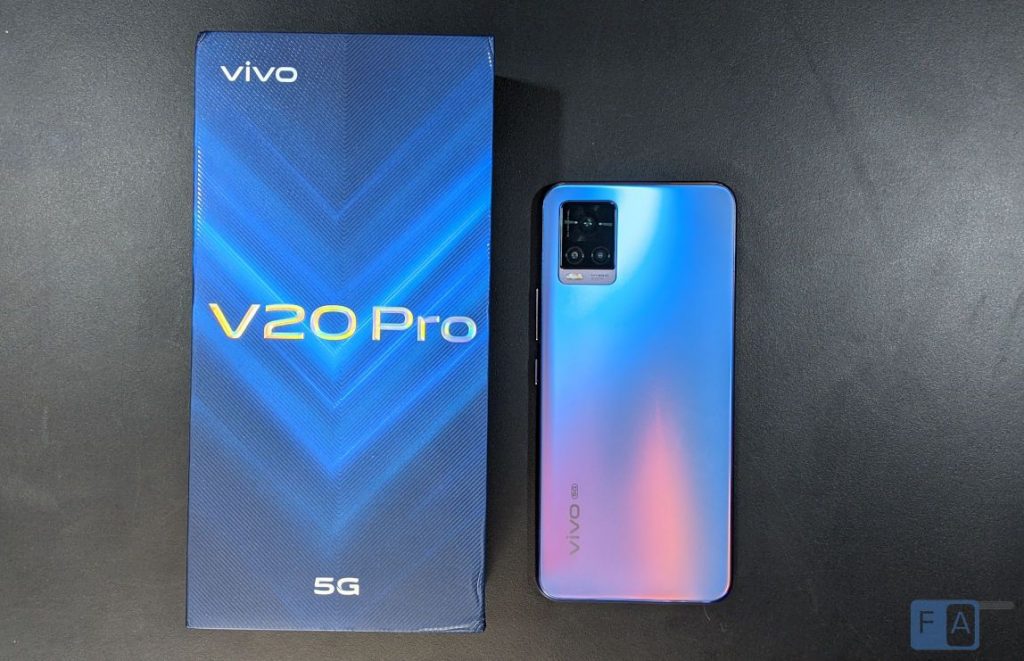 5G in smartphones have mostly been available in expensive and premium smartphones till date. That has slowly begun to change as the technology has started to trickle down to mid-range budget smartphones. Now, Vivo has announced their newest smartphone in their V20 range, called the Vivo V20 Pro. The phone is claimed to be the thinnest 5G capable smartphone in India, powered by Qualcomm Snapdragon 765G which should be a nice upgrade over the Snapdragon 720G in the Vivo V20. The smartphone is launching today, and we have the device in hand, so here are our first impressions and unboxing of the device.

In the box we have: 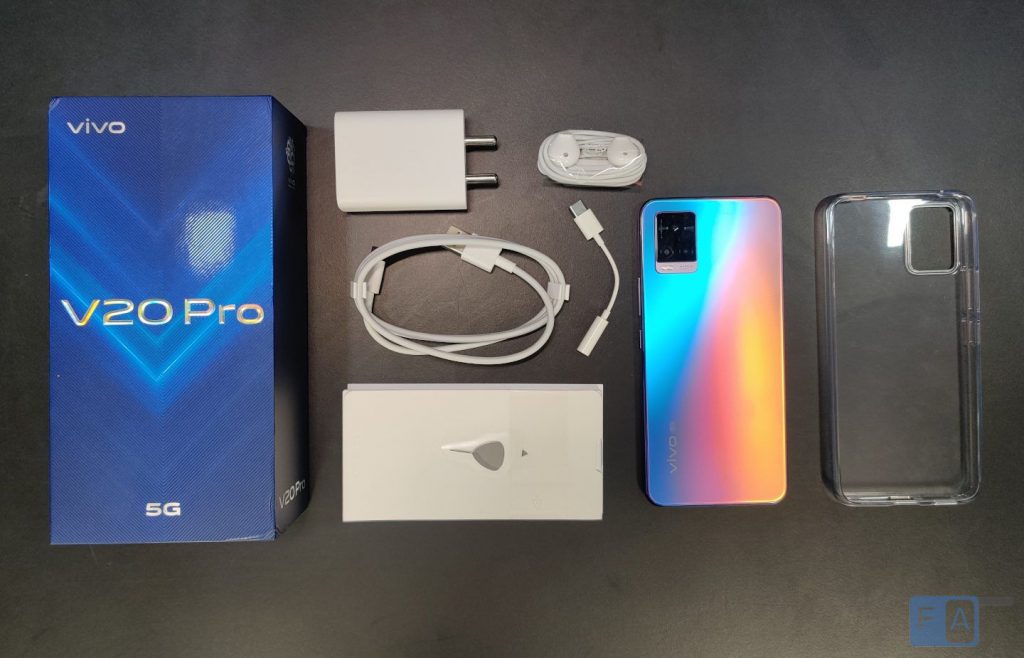 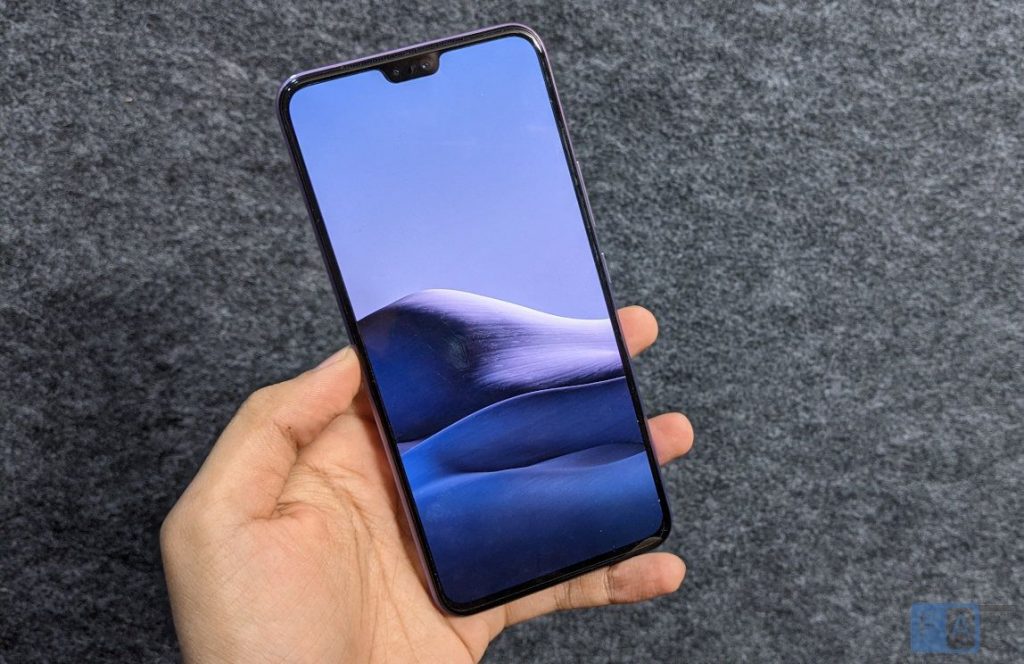 The phone has a 6.44-inch Full HD+ AMOLED display that refreshes at 60Hz. The display is identical to the one found on the regular Vivo V20 and that is not a bad thing. The display has a good amount of contrast and brightness, and visibility in sunlight is decent. Cut into the center top of the display is a notch that houses two front facing cameras, one of which is a 44MP AF sensor and the other is an 8MP ultra-wide sensor. The notch is a little annoying at first, but as time goes on, it becomes less noticeable.

The power and volume buttons can both be found on the right edge, the top edge has a microphone hole and the bottom edge has the USB Type-C port, another microphone hole, a speaker grill and the slot for the Dual Nano SIM cards. There is no space for MicroSD expansion in this phone. Also missing is a 3.5mm headphone jack, but Vivo includes a USB Type-C to 3.5mm jack adaptor in the box, so that is good. 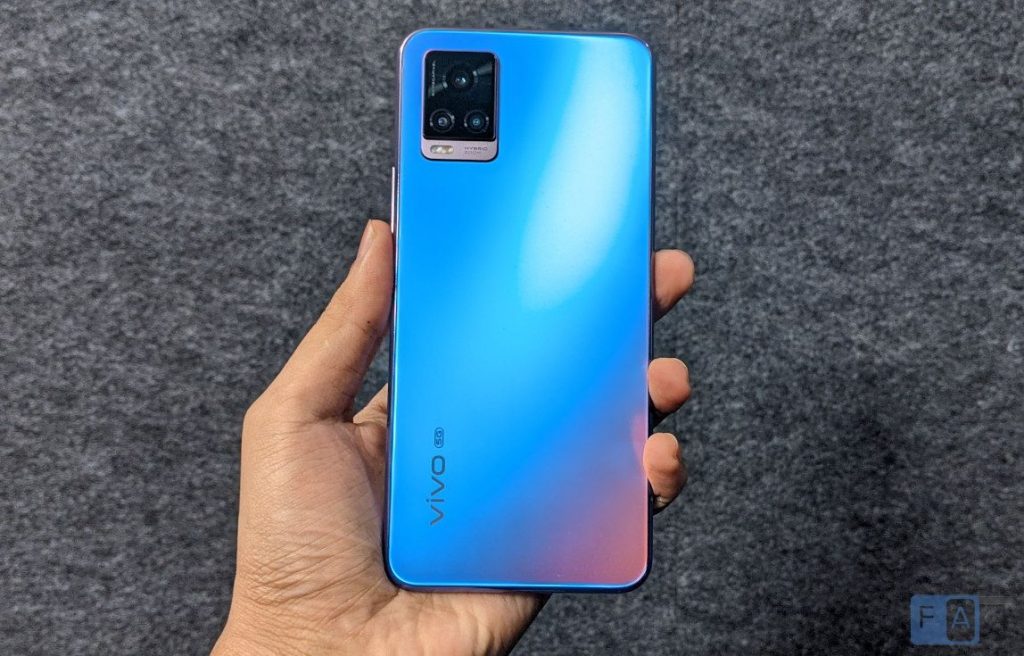 The phone comes with an under-the-display optical fingerprint sensor, and upon initial setup, the sensor felt accurate and fast. The back of the phone has a frosted glass matte finish that changes colours between beautiful shades of blue, yellow and purple depending on the angle. The smartphone is very slim, measuring in at 7.39mm, and it feels great in the hand thanks to the metal railings on the edges. 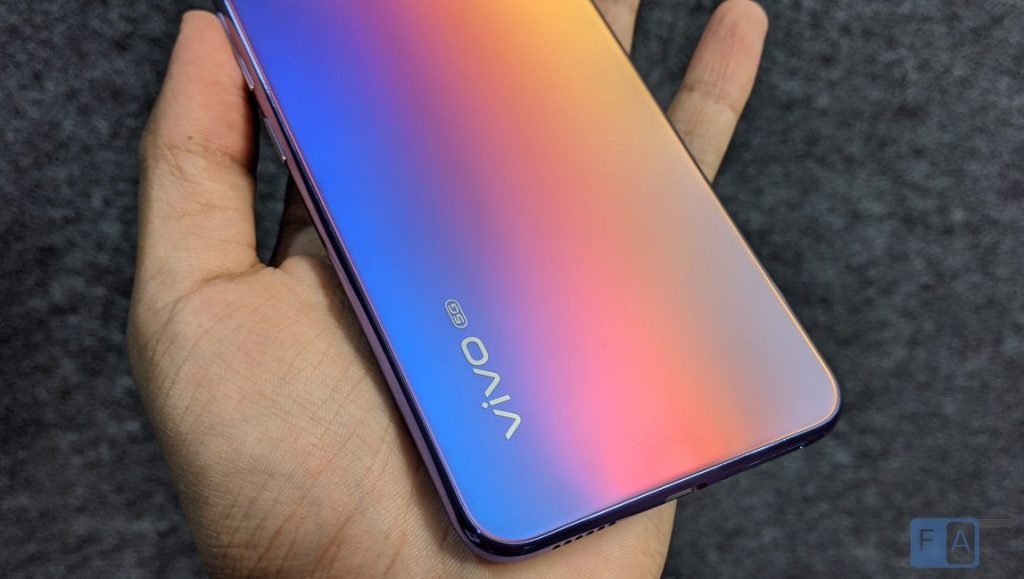 The Vivo V20 Pro is their first smartphone to be powered by the Qualcomm Snapdragon 756G platform, which is an octa-core CPU and it has D5 Liquid cooling for longer sustained performance. There is a definite improvement over the 720G that powers the Vivo V20,  and it is complimented with 8GB of LPDDR4X RAM and 128GB of UFS2.1 storage. The phone runs Funtouch OS 11 that is based on Android 10 out of the box, however Vivo claims that the Vivo V20 will be getting Android 11 very soon. For my first impressions, there were no hitches nor any lag, and performance was good as expected.

The phone is also 5G capable, which may not be an advantage now as there are no 5G networks currently deployed in India. However, down the line, when 5G becomes more widespread, the Vivo V20 Pro should, in theory, be able to take advantage of it. 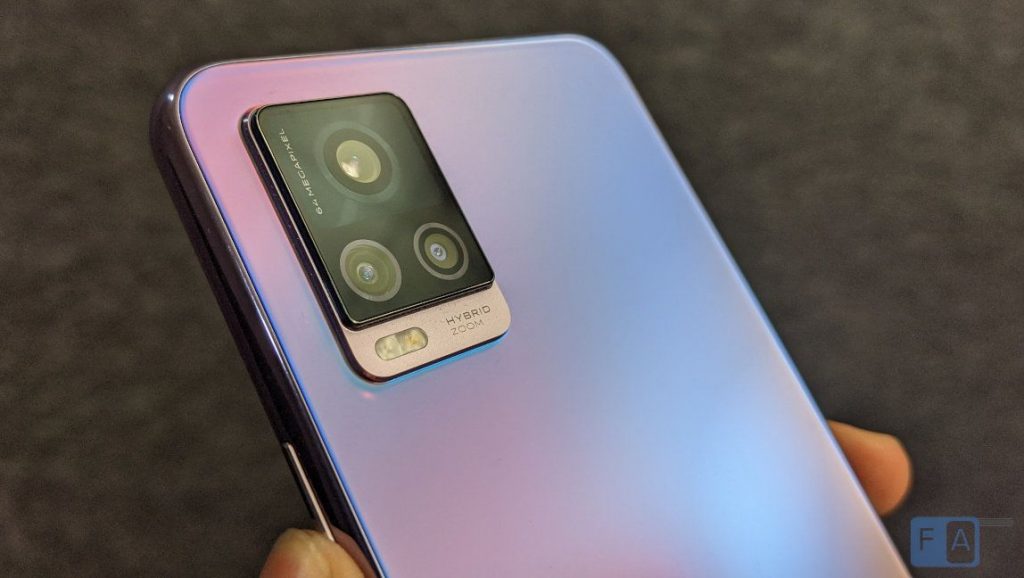 Vivo has a placed a lot of focus into the rear camera setup for the V20 series. The Vivo V20 Pro has a 64MP primary sensor with aperture of f/1.89, an  8MP ultra wide-angle lens that has also functions as the V20 Pro’s macro photography sensor, and finally a 2MP Mono sensor with f/2.4 aperture that is used for some fun filters. Vivo’s default camera app is very feature packed, reflecting the camera’s many capabilities and features such as Eye-AF, Object AF, Bokeh portraits along with many modes for night photography. Video features are extensive too, like the ability to shoot with both the front and rear cameras simultaneously in picture-in-picture mode, which can be useful for vloggers.

Check out some camera samples below.

It features a 4000mAh battery that should give it a long battery life and it does support Vivo’s Flashcharge 2.0, which will quick charge the phone at 33W of power.

The vivo V20 Pro comes in Midnight Jazz and Sunset Melody colours, is priced at Rs. 29990, and will be available from Amazon.in, Flipkart as well as vivo online and offline stores across India.