Over the years, Twitter has evolved from a social media platform that solely was based on simple text to a platform that is rich in media, both photo and video. However, Twitter is behind their competitors when it comes to the features it supports for uploading and viewing media. That is finally going to change as they have begun testing the ability to view uncropped images on the Timeline along with the ability to upload and view high-res images.

At the moment, when a single image is uploaded on Twitter, a rectangular crop of the image will appear on the timeline. To view the full image, a user will have to click the image and bring it up on the screen. For a user who is simply scrolling through their timeline, it is very much possible to miss the actual content of the photo as only a cropped portion was shown. 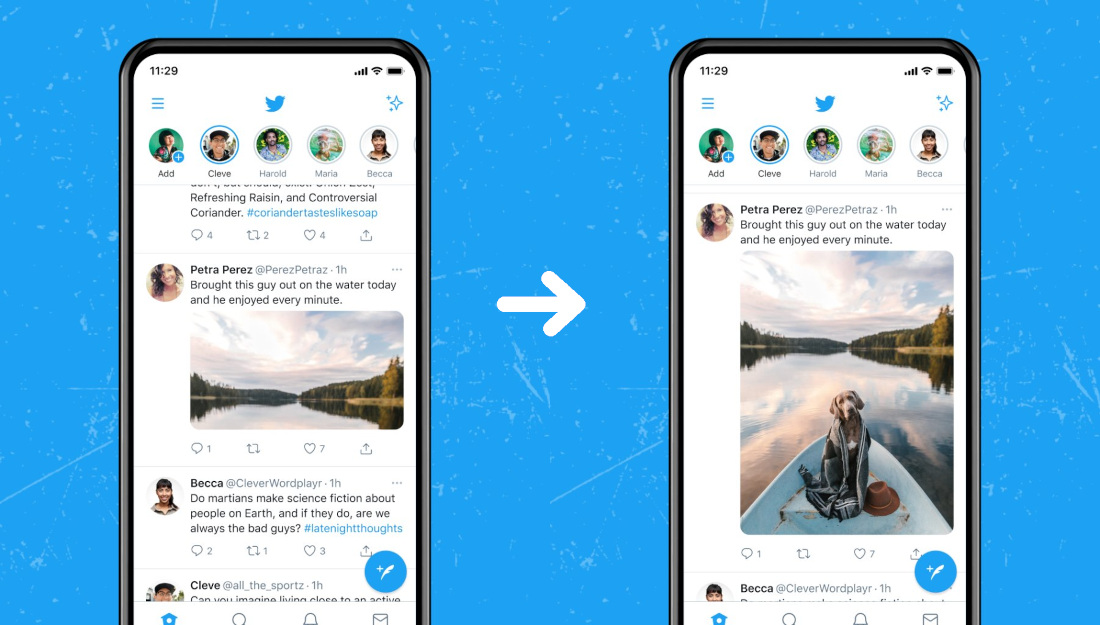 This is finally going to change as Twitter is testing a change in Android and iOS, where the full image will be shown in the timeline, just as it appeared in the Tweet composer, that is, without the crop.

Along with this, Twitter is also improving the quality of the photo by increasing the maximum resolution to 4k. Users will be able to both upload and view images at this increased resolution. The feature is arriving to both Android beta and iOS beta users, and can enabled by changing the “Data usage” setting.