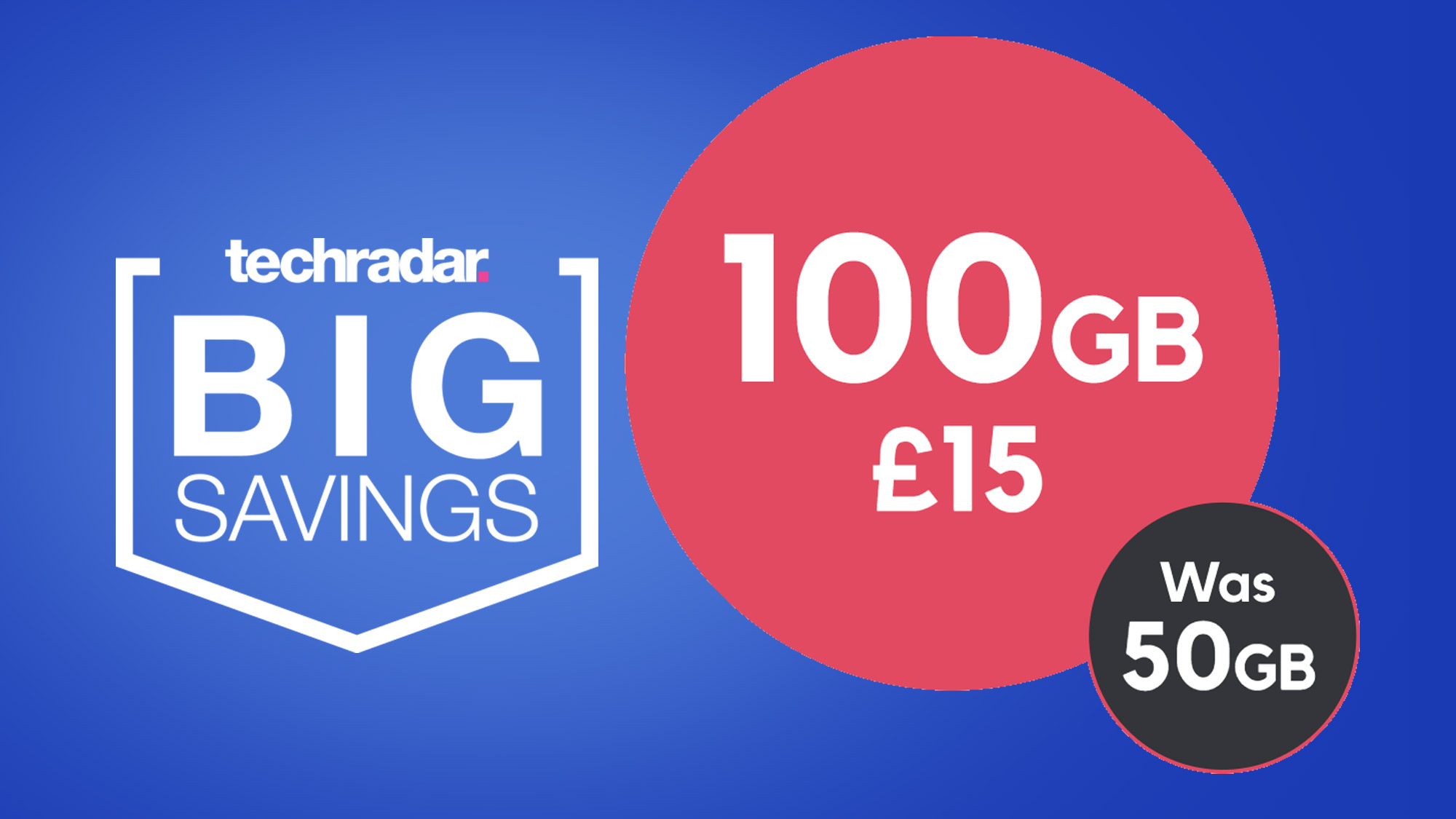 We think that somebody must have fooled Smarty in to thinking that Black Friday is already here. It just launched one of the very best SIM only deals of the year… and it’s only September!

We already had a soft spot for Smarty, thanks to its complete flexibility, affordable pricing and range of SIMO plans. But now it’s taken its popular 50GB plan and doubled the data (on top of completely unlimited calls and texts). That now means you can get 100GB of data for just £15 a month – one of the best value SIMs we’ve ever seen.

All of Smarty’s plans operate on one-month rolling contracts meaning you can leave at any time, making this the ideal stop-over SIM and a bit of competition for Three’s all conquering unlimited data SIM costing £18 a month.

But a deal this good can’t hang around forever. Smarty has already started the stopwatch running, telling us that it will expire in less than a fortnight on Tuesday, October 6.

What other SIM only deals are available right now?

Move past Smarty and the obvious other contender is Three (which, funnily enough, is the network that Smarty uses for its coverage). Right now, Three is offering an unlimited data plan for the price of just £18 a month.

But Three and Smarty don’t have things all their own way. Challenger brand Voxi (an offshoot of Vodafone) has a bargain of its own on offer right now – 12GB of monthly data for £10 bills, but with no data limits placed on social media and video.  Impressive stuff.

Why go for Smarty Mobile?

It’s a brand you may never have heard of and yet it’s a name giving the big retailers some serious competition – let us tell you why.

With an excellent mix of cheap SIM only deals and big data bargains, Smarty covers most of the market’s needs. And, with its 1-month rolling contracts, you can stay for as long or as little as you like.

One final benefit? Smarty allows you to tether your devices to your phone meaning you can use up that 100GB of data across any laptop, tablet or even a console.