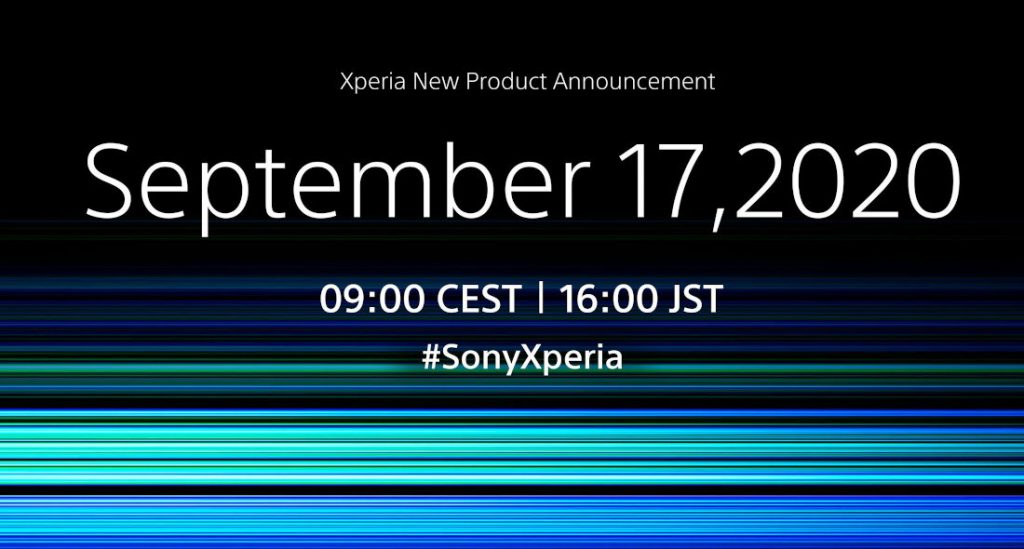 Sony today confirmed a new Xperia product launch event on September 17th where the company is expected to introduce its top-end Sony Xperia 5 II, successor of last year’s Xperia 5 that was introduced at the IFA 2019. Based on recent @evleaks’ image, the phone is said to come with a similar design as the Xperia 5 II with 21:9 aspect ratio screen, triple rear cameras, a side-mounted capacitive fingerprint scanner, and a dedicated camera shutter button.

We still don’t have the specifications of the phone, but the phone should come with FHD+ HDR OLED display, Snapdragon 865 with 5G, 8GB of RAM,  12-megapixel main camera, 12-megapixel ultra-wide sensor and a 12-megapixel telephoto lens as well as 3D iToF (indirect Time-of-Flight) sensor and an 8-megapixel front camera, same as the  Xperia 1 II. However, this is expected to come with a slightly larger battery compared to 3140mAh battery in the predecessor.

We should know all the details when the smartphone is announced on September 17th. The event starts at 9AM CEST (12:30 PM IST), and the company will offer live stream on Sony Xperia YouTube channel.