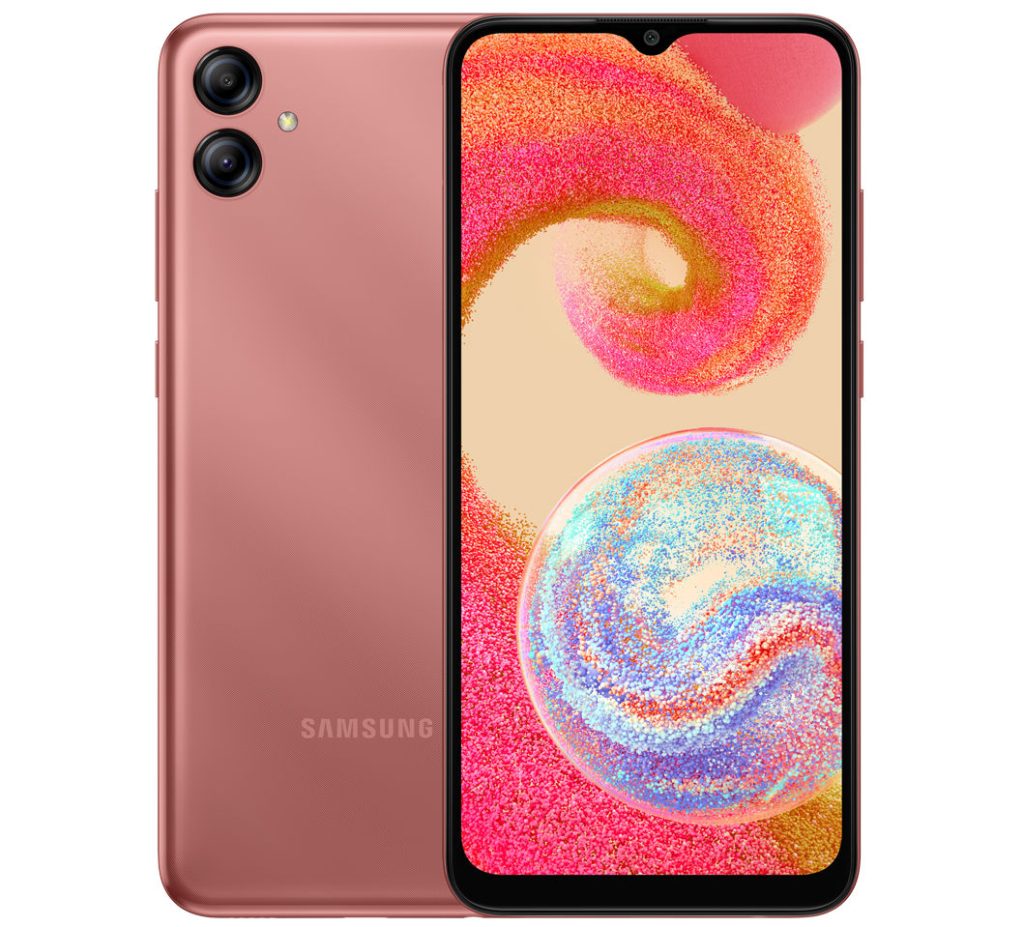 The Samsung Galaxy M04, a new entry-level device in Samsung’s M series, is expected to be announced soon. This smartphone was discovered on Google Play’s console listing and Samsung India’s website with the model number SM-M045F/DS. The listing on Google Play revealed some key specifications, as well as the device’s front design.

The specifications are similar to the Galaxy A04e, which was announced in October 2022. The listing reveals the smartphone’s front design, which includes an Infinity-V notch and thick borders around the display. The display on the Galaxy M04 will be 6.5″ HD+ (1660 x 720 pixels). The phone should come with 3 GB of RAM. 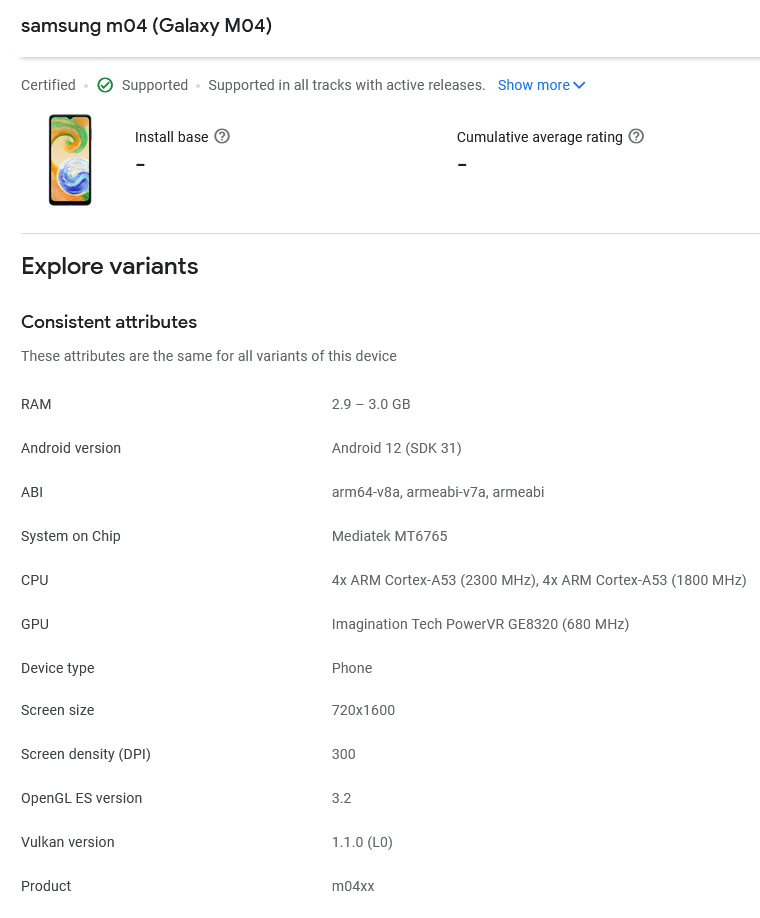 The MediaTek Helio G35 SoC found in many other entry-level devices will power the Galaxy M04. The processor is constructed on a 12nm process and includes an IMG PowerVR GE8320 GPU. The phone should run Android 12 with OneUI Core 4.1 on top.

Given that it will be a rebranded Galaxy A04e, we can anticipate a dual-rear camera with a 13 MP sensor and a 2 MP depth sensor. A 5MP selfie camera is also on the way. A large, 5000mAh battery should power the phone.

More information about the Samsung Galaxy M04and its launch should become available in the coming weeks.