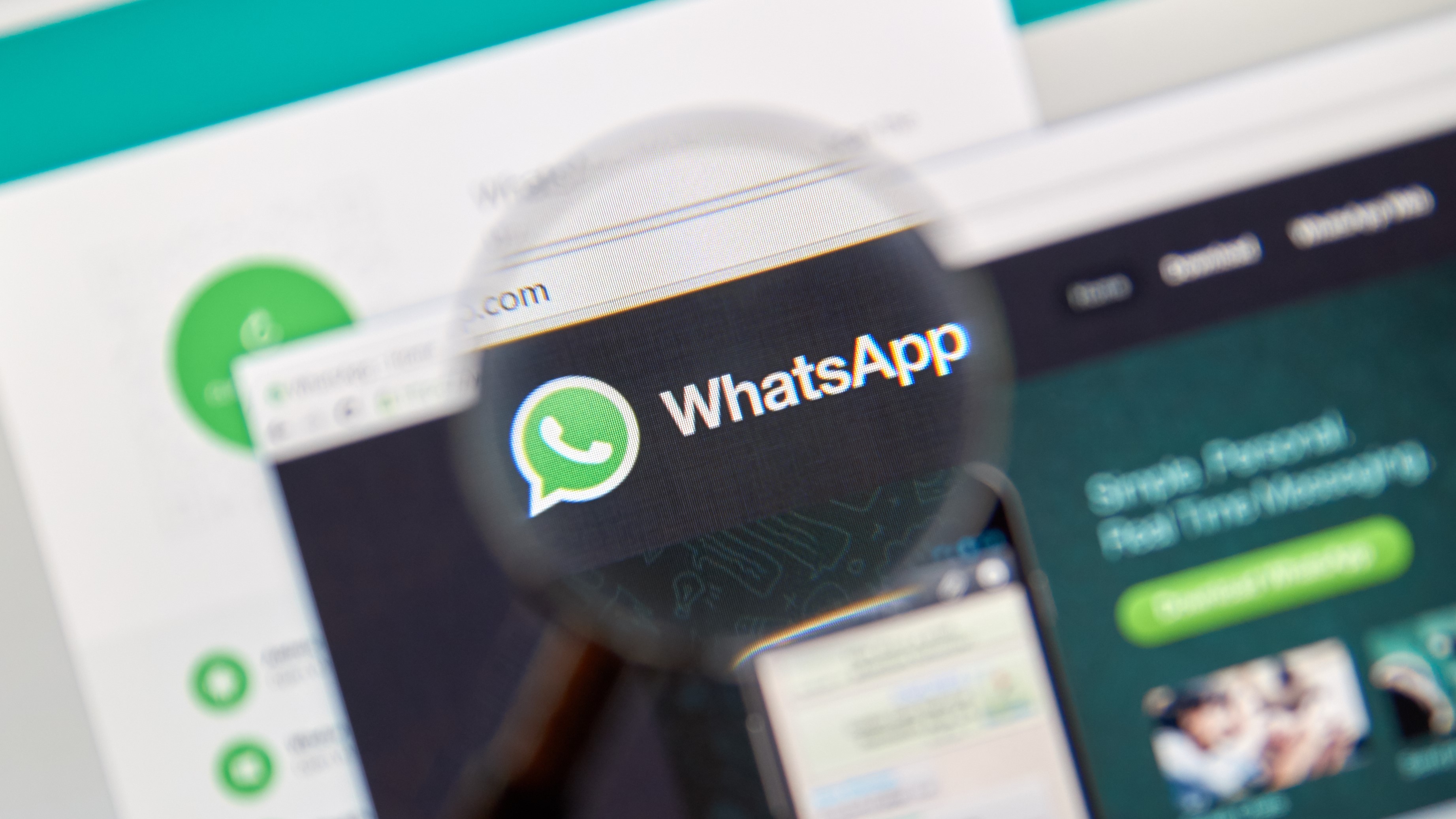 Data has verily been described as the “new oil” and every web-based enterprise is on the lookout for more of it at all times. Its use may have simplified mundane activities but only at the expense of making each of us an open book on the Internet.

In India, ethical data usage has never been a polarising factor among internet users, possibly because for most of us, web-based information is a boon compared to what we experienced while seeking our own data from government records. A Bollywood movie (Kaagaz) that arrived on OTT, narrates the real story of a man who sought legal recourse to prove that he was alive!

Of course, the internet-savvy city-slicker is more discerning. When Facebook came on the scene around 2005-06, some of the early adopters were white-collar workers and students. In fact, in many households, children below the requisite age used to create accounts claiming dates of birth a decade earlier to their actual ones.

However, as Facebook’s greed for data grew and advertisements popped up at most unexpected places, the youngsters, who were now collegians, gave it up and so did many of the professionals. However, in came homemakers and senior citizens, who found it a good means to stalk family members and interact amongst each other.

The same was the case with WhatsApp. Early adoption followed the same patterns and soon it became a means to create groups for families, extended families, alumni networks, biking clubs, offices, business groups and much more. Small wonder then that Facebook gobbled it up in for $19 billion in 2014, it’s biggest till date.

Six years after the deal was done and everyone emerged richer, not as much as the early investors Sequoia Capital, whose returns were then estimated at 5000%. All the while, we knew that Facebook would seek more from Whatsapp, which was a rival to its own Facebook Messenger.

It took them six years to bare their fangs. And when Whatsapp announced its new privacy policy (which incidentally has started rolling out in India), there was a sense of concern across the world, as it spoke of sharing all user data with Facebook, with no option given to users to reject it and continue using the messenger app.

The new policy was a double whammy as both Facebook Messenger and Whatsapp were the worst accumulators of data in this field. In fact, we also brought you some options in case you would rather let go of Whatsapp altogether, instead of hoping that it would actually serve you better ads.

So, why do I feel that it may be tough for India to let go of Whatsapp? For starters, I am part of several groups that discuss Whatsapp’s new policies and participants are vociferous in their support and rejection. The only thing worth noting is that such discussions are often happening on… err… Whatsapp!

A second factor that stood out for me was the reticence to make the shift to some safer options such as Signal or Telegram as a default messenger. Challenges that some of them articulated include (a) My whole network is on Whatsapp (b) I don’t have the patience to learn another (c) Who cares about Facebook?

Which is when the thought struck that while Facebook was an option, Whatsapp was not one. Conversations, whether textual or voice or video, required us to install and use the app. Safety be damned!

Suffice to say that India boasts of a generation of smartphone users who probably bought their device for Whatsapp’s sake. Yes, you read that right! Because for this lot of people, all near and dear ones reside on Whatsapp and Facebook. Friends, family, colleagues (current and former), business partners, relatives et al.

While one may personally find it cumbersome to open and delete godly images each morning, there is no stopping those that send it with more religious fervour than they feel while visiting a place of worship. Not to mention those Good Mornings and Good Night messages that impinge on your privacy.

Now, imagine if one were to go off Whatsapp for Signal or Telegram. Trust its impact on these groups, where individual members may not interact with you individually, but the power of collective camaraderie cannot easily be shunned. So what, if some extra bits of data is being acquired behind the scenes? Who would want to take the trouble of deleting one app by downloading, setting up and using another?

But, that’s not all. There’s that ubiquitous delivery agent who wants you to send him the Google map location of your house via Whatsapp so he can cut corners in terms of time taken and reach home for a late supper. What’s more, these agents prefer to call you on Whatsapp as it isn’t monitored by the company.

So, while the few that look up to your technology smarts might listen to entreaties for a change to something more private, a vast chunk of those connected with you wouldn’t care. Because most of us are part of groups where folks loathe to shift their allegiance to a new messaging app.

Maybe a “Make in India” brand might just do the trick. Anyone listening?

Remember that Whatsapp isn’t about just voice calls and messaging. The app does most of what emails do and is far less fussy. In fact, across users of Whatsapp, the word has turned into a synonym for messaging. “Can you Whatsapp me your bill?” or “I will send you the menu by Whatsapp” are common refrains.

And there’s that other crucial function that Whatsapp performs during festivals and occasions for celebration. Usually, there is more than one photo-enthusiast who runs around clicking everything and everybody at such gatherings. All these snaps go via Whatsapp, albeit compressed, to the organisers who then create an album.

Mind you, such instances aren’t limited to just smaller towns and villages or in any way linked to economic status. Such has been the spread of this pandemic, that very often exasperated guests go to town tweeting about events where they end up missing the show because of these amateurs smartphone photographers.

Here is a typical scenario in a middle-class Indian family:

Data privacy be damned! There is no way these first-time smartphone users are going off Whatsapp any time soon. As for data, well they are happily sharing it around as that’s precisely the way things work at home. From the email ID to locker access and everything in between is shared around the house.

The bane of India’s telecom revolution is the cheap costs that customers pay. We had two near bankruptcies among cellular operators but data costs are still amongst the cheapest in the world. Of course, operators such as Reliance Jio consider it to be a boon as it helped them scale dizzying heights of 400 million users in 2-3 years.

When data is cheap, why would anyone want to call over the network? Remember, we are a country that sends “missed calls” to others so they can call back, and hence spend the money for it. Moreover, with call drops becoming a regular feature, those calls with one’s boss become far easier as audio quality on Whatsapp is better.

Given that several of these calls were long-drawn and concerned everything from a penchant for sharing past experience to providing real-time coaching solutions, both callers couldn’t care about confidentiality. Moreover, since Whatsapp promises end-to-end encryption of all messages (and calls), there’s hardly a worry.

With video calls now a breeze over Whatsapp, those family get-togethers are now all the more energetic. During the three month lockdown, several family events were held and broadcast over Whatsapp to the extended family. Of course, the affluent may be using Zoom calls instead.

Agreed that Telegram and Signal do most of what we have come to accept as a given from Whatsapp, the fact is not many would buy the idea of changing oneself and then doing so for others.

It’s about the ecosystem now

WhatsApp’s ecosystem, bane and the biggest reason why we’re even discussing this is one more reason that most will find it difficult to switch. WhatsApp Pay – though not yet a prominent mode of payment in the country right now, Facebook, Instagram, WhatsApp Business are deeply integrated and replacing one of them is difficult till the time you decide to move away from the ecosystem.

Businesses like MakeMyTrip, BookMyShow and many more have started offering support through WhatsApp and I’ve always had a great experience is quickly getting clarifications by chatting with a rep on WhatsApp rather than making calls and waiting perennially to speak to an executive.

Of course, none of these could be a compelling reason to share more data than one needs to with a behemoth that appears to be peeping through any window that is left open. But, the challenge is to create a mindset change around data security and its implications when most Whatsapp users just want a real-time companion.

One that gets them talking to friends, family and business at the click of a button and even gets them face-to-face with another click. Data collection is something that every app does, some discreetly, and others with formal approval. And in a country like India where data is still hard to come by, the fear of losing data is still distant.

Homepage » Gadget » Opinion: Why WhatsApp is a tough habit to let go off