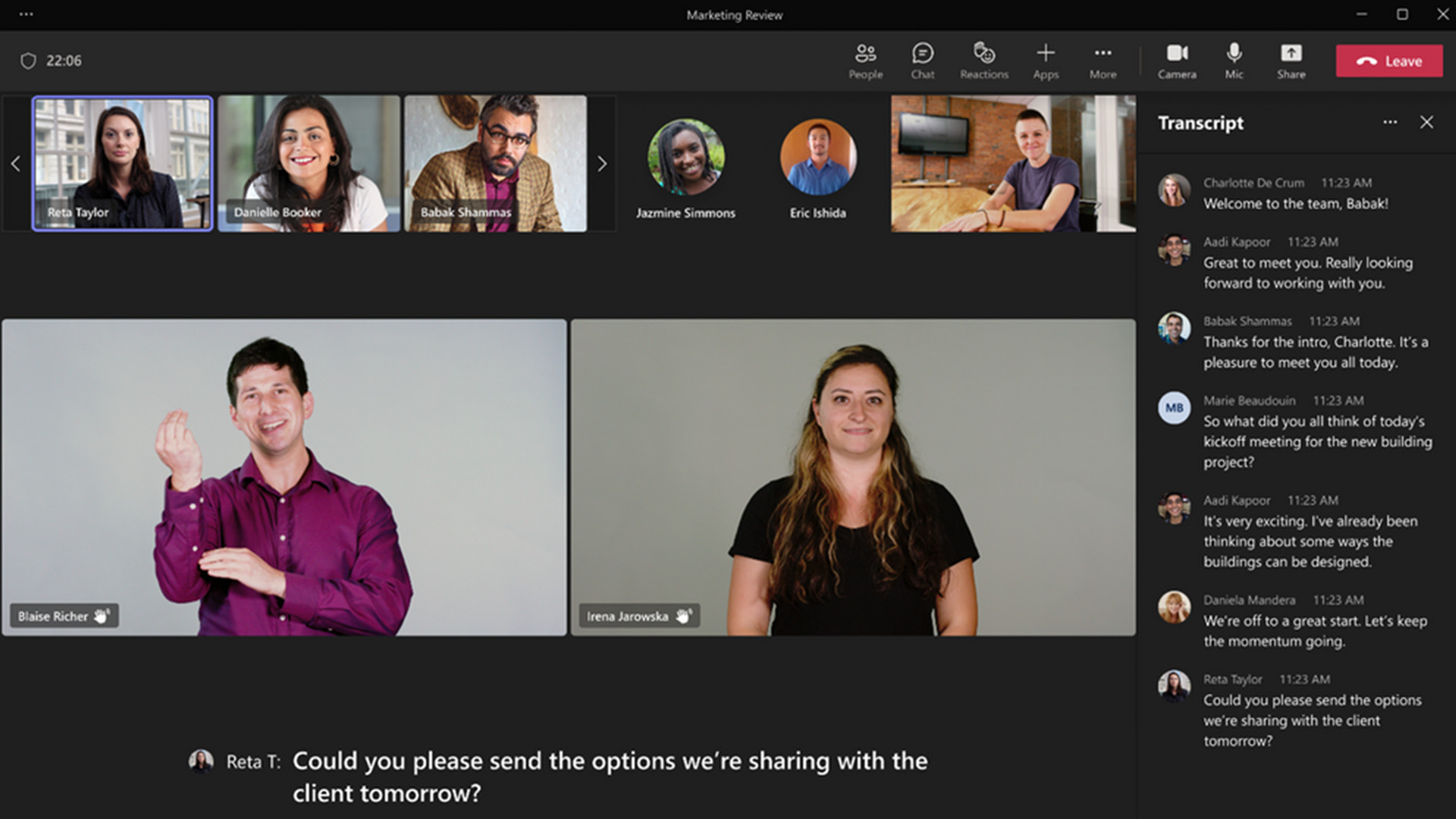 An upcoming update to Microsoft Teams is looking to help the hard of hearing stay better engaged in online meetings.

Similar to a recent Zoom update, the new Sign Language View feature allows Microsoft Teams users to choose up to two other video feeds to be centered in the app, making sign language interpreters much more visible throughout the whole meeting.

Microsoft says (opens in new tab) that the feed becomes larger than the others and stays at a high resolution for the clearest view possible, and is client-side only, so users will be the only one who can see the view, as other participants will each have their own. If a someone shares content during the meeting, the signer’s video will be moved to the side along with everyone else, but will maintain a bigger aspect ratio. Other participants can still be spotlighted and it won’t take space away from the interpreter, either.

Sign Language View will arrive on Microsoft Teams for both desktop and browser sometime in December, according to an entry on the Microsoft 365 roadmap (opens in new tab).

Users can join the Teams’ Public Preview program (opens in new tab) to try out the feature; however, be aware the preview is being done on a per-user basis, and if you are one of the lucky few, Microsoft has a set of instructions (opens in new tab) on how to turn on the view.

Sign Language View can be enabled for all meetings or on a case-by-case. Interpreters who work in the same company as you can be pre-assigned before a meeting, something you can do via the Settings menu. This way, when you enter a meeting with an interpreter, the view will already be activated.

Signers can be added mid-meeting with the “Manage signers” button found on the new Accessibility pane. Clicking the button allows you to designate a participant as an interpreter just by typing in their name. And through the pane, you can toggle both the Sign Language View and Live Captions mid-meeting, as well.

Microsoft has been churning out tons of new features for Teams in recent months and it’s a little tricky to keep track of it all. For example, the company recently implemented games into the platform as a way to build camaraderie between team members. You have your basic titles like Solitaire and Minesweeper, but also more interactive games like Kahoot.

As for what’s coming next, we recommend looking through TechRadar’s coverage of future additions coming to Teams. There’s quite a lot. First, the platform is slated to get a performance boost, although it’s unknown when exactly. And a Premium version of Teams will be entering its first preview in December 2022, adding AI to help transcribe meetings in 40 different languages and “advanced security features,” among other things.