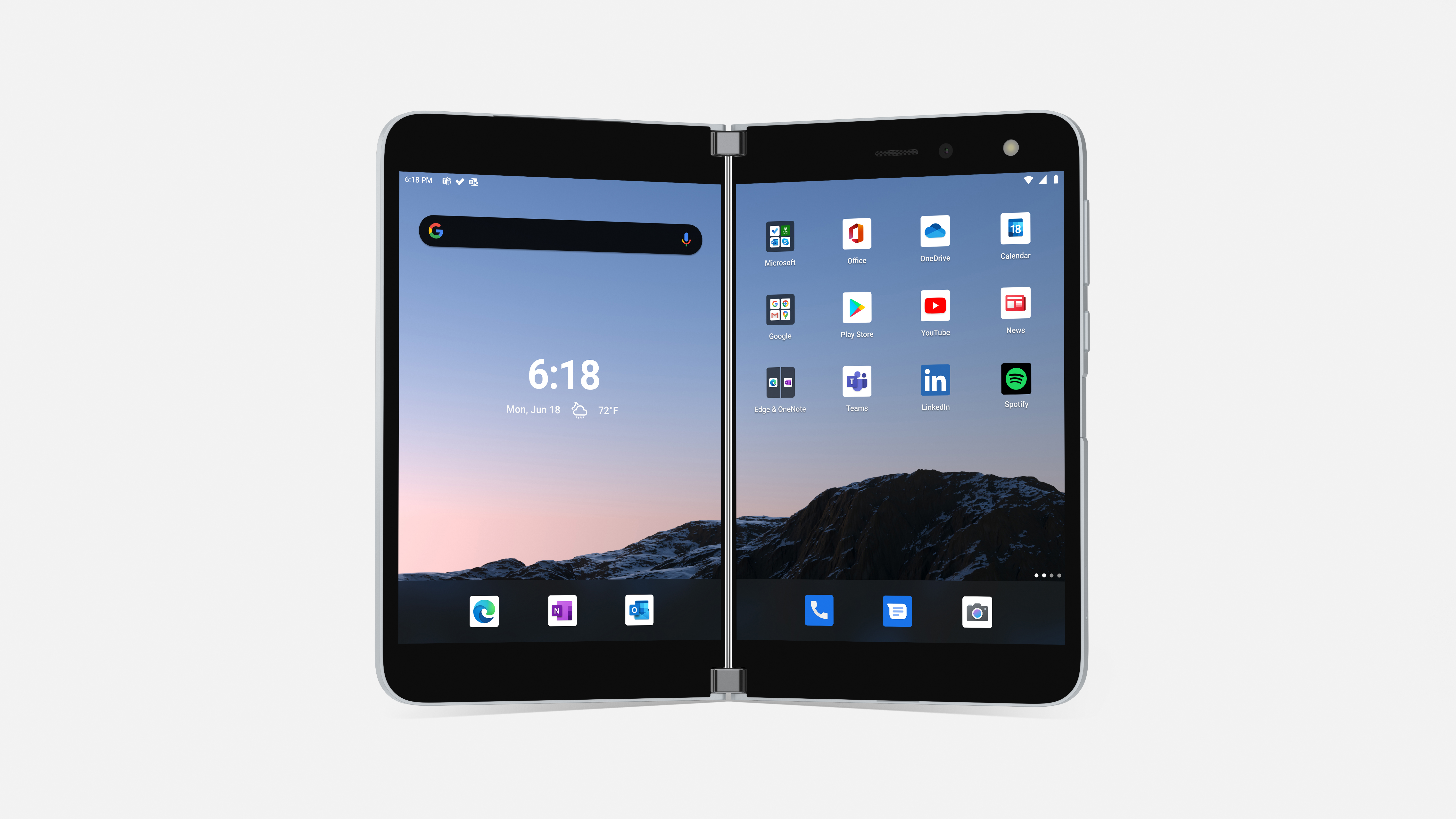 It looks like the Microsoft Surface Duo is heading towards an early launch. Various Microsoft employees have been teasing images of the dual-screened phone on Twitter for some time. Even the hi-resolution images leaked by the popular leakster Evan Blass also hint towards an imminent launch.

Unlike most new foldable phones from the likes of Samsung, Huawei etc, the Microsoft Duo does not have a foldable display. It is likely to come with two separate 5.6-inch AMOLED displays that are connected via a 360-degree hinge.

Once considered almost a myth, Microsoft’s foldable phone was codenamed Andromeda during the development phase. After the company decided to do away with the idea of building a Windows-powered large-screen device with a foldable screen, the Surface Duo now sports a forked version of Android.

Wonderful day to meet outdoors with @panos_panay on Microsoft Teams and Surface Duo on . . . well Teams and Duo pic.twitter.com/f9tiiQhhlyAugust 6, 2020

Blueberry crumb bars in the making – baking with my 7 year old has been a fun way for the 2 of us to spend time together… #2handsbetterthan1 #quarantinebaking pic.twitter.com/LaGbK1I6BOJuly 28, 2020

Various Microsoft senior executives can be seen showing off their Surface Duo and highlighting the combination of Microsoft’s software like Edge Browser or Microsoft Teams on the dual screened smartphone. Even Google’s Senior vice president of Android, Chrome, Chrome OS, Photos and communication products, Hiroshi Lockheimer tweeted an image of the Surface Duo.

According to Windows Central, the Surface Duo may come with a Snapdragon 855 with 6GB of RAM coupled with up to 256 GB of storage. In terms of optics, the Surface Duo is expected to come with a single 11-megapixel sensor and two separate 5.6-inches AMOLED displays connected with a 360-degree hinge making it a large 8.3-inch tablet-like device.

With such a large screen yet compact form factor, the Surface Duo could be an ideal competitor to the phones with foldable screens that are still considered fragile. Windows Central also reports that the Surface Duo may go public around August 24, much ahead of the earlier schedule.