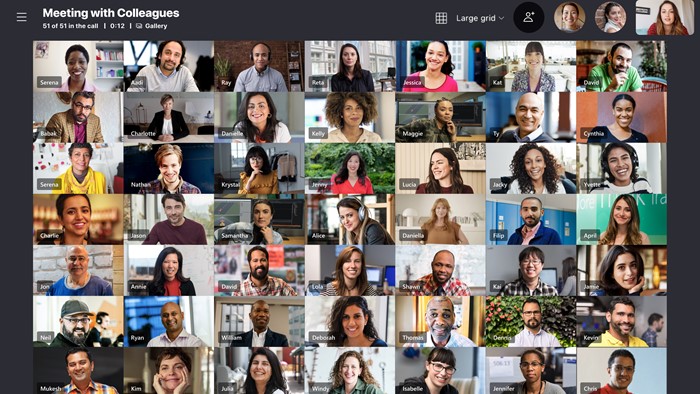 After spending most of the year making improvements to its business communications platform Teams, Microsoft has released a new version of Skype that includes several features to help users stay connected over the holidays.

Version 8.67 of the company’s original video conferencing software is now available and it includes a number of bug fixes and stability improvements as well as support for Large Grid Mode and even Teams’ Together Mode.

With Large Grid Mode enabled users will be able to see up to 49 video streams at the same time while Together Mode allows multiple users to share the same virtual space such as a coffee shop, conference room or a classroom while on a video call. Microsoft also recently updated Together Mode with a set of new winter wonderland scenes just in time for the holidays.

In order to switch views during a Skype desktop call, users will need to click on the “Switch View” button at the top of the screen and here they’ll be able to choose from Grid view, Speaker view, Large grid or Together Mode from the menu. On mobile this works essentially the same way but users instead need to tap on the “Call layout” button on the top right of the app while in a video call.

In addition to Large Grid Mode and Together Mode, Microsoft has also added more predefined backgrounds and more background categories in Skype.

Joining meetings is even easier in the latest version of Skype as Meet Now has been integrated into Windows 10 so users can begin a video call with a simple click.

Finally, version 8.67 of Skype now includes the option to add someone to ongoing call either by their phone number or by using their Skype ID.

According to Microsoft, these new features are being rolled out gradually over the next couple of days, so don’t be worried if you haven’t seen them yet.