iPhone is known for its design and features. it is completely different from Android phones. Now Apple has released a new IOS 16 Beta with tons of new features. Here is the complete information about IOS 16 developer beta.

Read Also: Netflix adds spatial audio support for original shows and movies Stranger Things is one of the first

Now the first thing that comes to mind is which iPhones will get IOS 16 updates if you have an old version iPhone. So obviously you will not get this update on your phones. If you want to experience this update so you also have to change your phone with the new model. Here are the lists of iPhones which are compatible with IOS 16.

How to install IOS 16 Developer Beta

If you want to install IOS 16 Developer Beta version on your apple device. You must have a developer account with Apple. You can also install IOS beta 16 on your iPhone by connecting your device to iTunes.

Should you update to IOS 16

Overall the performance of IOS 16 is pretty amazing and people. Who like updates and want to experience some new features so they can update to it. Apple will fix many bugs in the previous update which people faced.

Apple releases its update with a new product, now with the release of the iPhone 14 in September, Apple will release its IOS 16 public version. 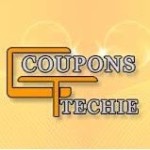