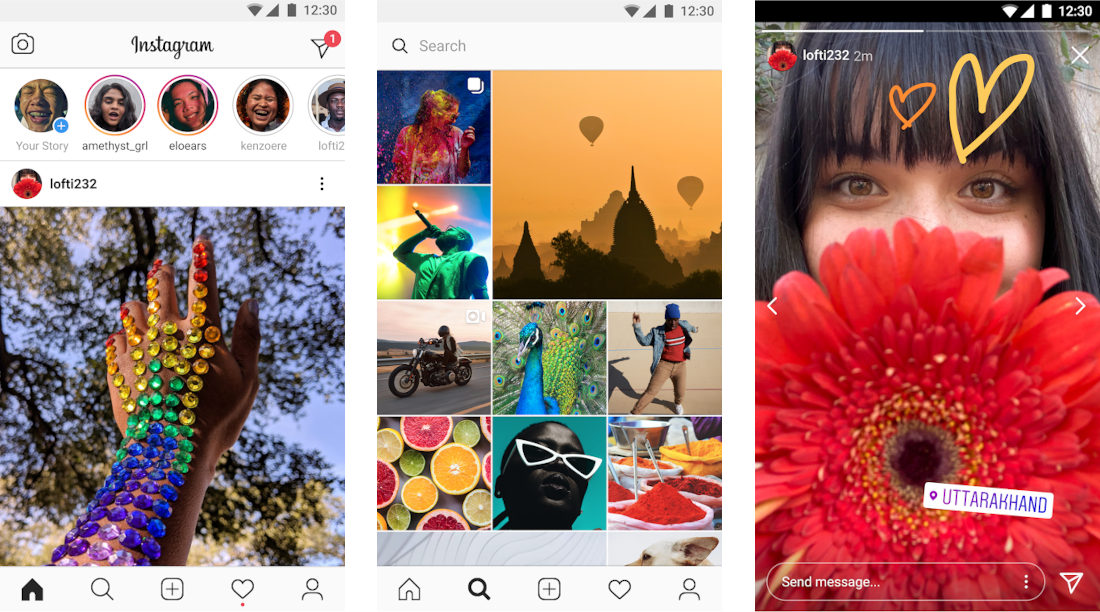 Facebook has begun rolling out a new Lite version of Instagram app to Indian smartphone users as an attempt to expand their user base and reach more people in India. The app size is really small, less than 2MB and is claimed to provide the core Instagram experience that will be able to run fast and smooth on low-powered smartphones. It initially rolled out in Mexico back in 2018, but Facebook pulled the app later.

This isn’t the first time Facebook, who owns Instagram, has released a Lite version of their service for low-powered devices. A few years ago, Facebook released the Facebook Lite, which contained most of the features from the full version app, also with an extremely small footprint.

The new Instagram Lite app will be great for phones with low amounts of RAM and storage, which is quite common in many smartphones in India. Some of the core features such as Reels, Shopping and IGTV are missing currently, otherwise, the app should be quite similar to the fully-featured app.

The app is available for download for Android users in India from the Google Play Store and will roll out globally soon. Regarding regional languages, it currently supports Bangla, Gujarati, Hindi, Kannada, Malayalam, Marathi, Punjabi, Tamil and Telugu.

India is such an important country for us and has been a testing ground for innovation, thanks to the natural creativity and entrepreneurial spirit we see here. With the test of Instagram Lite, and the next edition of Born on Instagram, we’re aiming to democratize expression and creativity for a greater number of people in India. We’re also hoping to gain valuable insights before a global rollout of Instagram Lite.