For any business that wants to improve its branding and expand its consumer base, an online platform offers a huge opportunity.

If you want to focus on providing highly personalized service to your customers, then having a mobile app is the best decision to leverage the reach of the Internet.

However, for entrepreneurs, the biggest challenge they face when they are planning to build a mobile app for their business is the split in the market share between iOS to Android apps. And we have shared the guide on iOS to Android or Vice Versa.

According to a recent survey, the Android app has the biggest share of 81.3%, followed by iOS with 17.5% of the market share.

However, looking at the market strictly through their market share lens is not a good decision.

The reason is, that iOS users are the highest spenders online.

Therefore, if you have an Android or an iOS app and want to make the other one grab a bigger market share, then app porting is a viable and cost-effective decision.

App portability from Android or iOS or vice versa is done for varied reasons, some of which include the following.

The transition from one platform to another requires a complex development process that only a skilled app developer with good experience can perform flawlessly.

Converting the iOS app to Android

When you are trying to convert an iOS app to an Android app, then you have to look carefully at the following factors.

This is the first and most important step in-app portability from iOS to Android.

The first thing you have to figure out is the minimum Android version your app should support (the current version is 11.0).

We suggest that you should look at the Android version 8 or 9 so that you can reach out to a larger audience.

You also have to analyze the architecture and features of the iOS app carefully.

Both these platforms have unique features that make them distinct from one another.

You have to carefully find out these peculiarities and try to modify or add new functions in the Android app.

You should not try to replicate the design of the iOS app on the Android app.

Both these apps work on completely different ecosystems and they function differently.

Therefore, copying the design elements of the iOS app to an Android app or vice versa would be a disaster.

You have to analyze the functioning of your iOS app.

You have to carefully look at its features, design, workflow, and various elements.

You should look for likely errors that may crop up during the portability process and think of ways through which you can solve them.

You have to check the frameworks as well as back-end workflow for compatibility issues.

You should look at all the technical issues concerning compatibility, code, third-party services, and libraries.

After that, you have to choose the best tech stack.

While choosing the tech stack, you have to keep in mind that it should make the porting process accurate and less time-consuming.

Converting an iOS to an Android app requires detailed analysis and multiple steps.

These include feature and design adaptation, UX and functionality, creating backend, and utilizing monetization tools.

If the app performs superbly in all the testing parameters, then you should submit the app to the google play store and launch a marketing campaign to give it more exposure.

Converting an Android app to an iOS follows the following steps.

One of the main differences between iOS and Android devices is the home button.

While the Android has three buttons; home, back and multitasking, the iOS device has only one.

If you want the iOS app to share a similar navigation feature, then you can place an in-app tab at the bottom.

Android has a material design, whereas Apple uses a flat design.

Since these are two different ecosystems, we suggest that you should not try to replicate the design of the Android app in your iOS app.

As the majority of iPhone users have switched to the latest iOS version, you can choose iOS 14.0.

In addition to the iOS version, you also have to look at the various screen sizes of iOS devices.

Furthermore, when you are porting your Android app to iOS, you have to look at the compatibility issue.

For example, the NFC module that is present in the Android to iOS app can only be integrated with iOS 11.0 or higher version.

If the Android application is using third-party libraries, services, tools, or frameworks, then you have to study their compatibility with the iOS app.

If these are not compatible, then you have to find an equivalent framework for iOS.

As many vendors are releasing libraries that support both operating systems, therefore the compatibility issue is likely to be less troublesome.

After you have successfully ported your Android app to an iOS app, the next step would be to test the new app extensively to check its performance and compatibility issues.

These tests include the following.

After the app passes all the tests with flying colors, then you should submit the app to the App Store following the Apple App Store’s guidelines.

The list of things that you have to keep in mind does not end with all the factors that we have mentioned above.

Many other issues can also seriously affect the functioning of the newly ported app.

Therefore, you will need the services of an experienced app developer to make the portability a complete success to achieve your stated business goals. 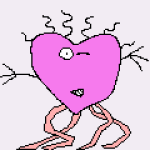