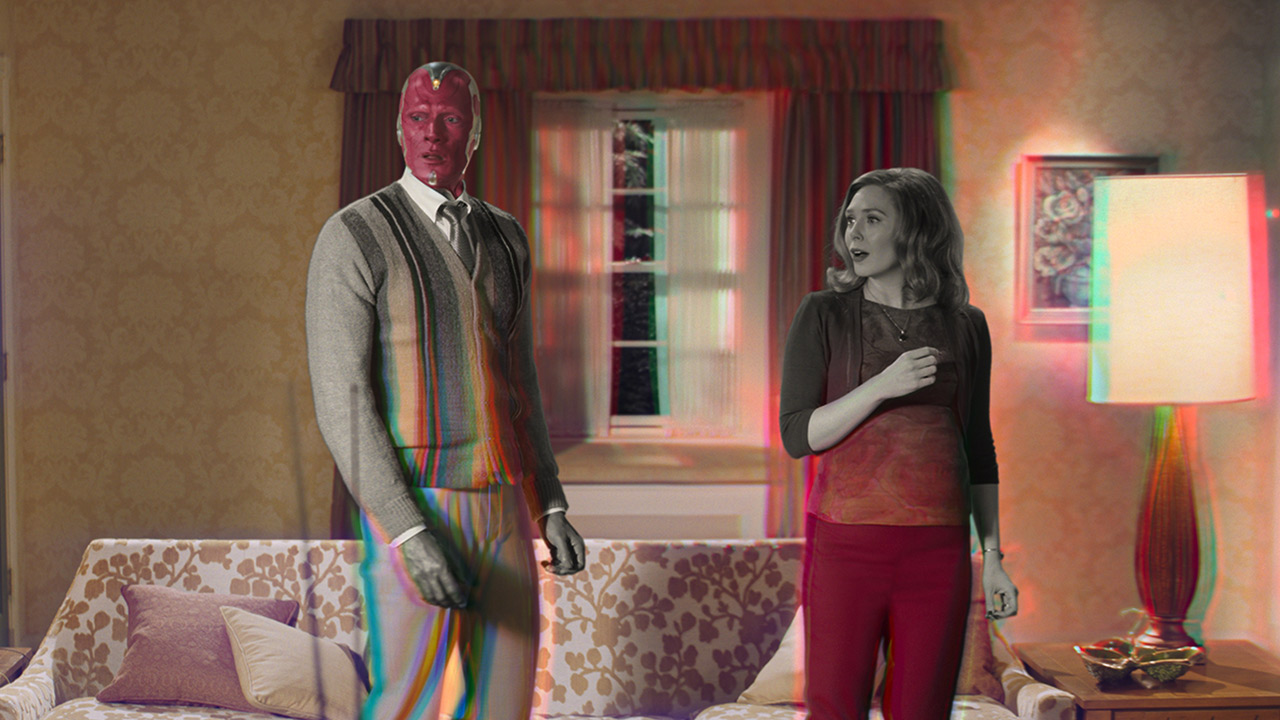 Following on from last week’s reveal of The Mandalorian season 2 trailer, Disney Plus has now dropped the first trailer for WandaVision – the service’s debut live-action series from Marvel Studios.

Set to be the weirdest Marvel spin-off to date, the trailer sees Vision (Paul Bettany) and Wanda (Elizabeth Olsen) living in a state of marital bliss right out of an episode of I Love Lucy, complete with classic sitcom staging, black and white cinematography and a corny laugh track.

Things don’t stay that way for long, however, as a friendly dinner with the neighbors quickly turns dark, and the pair’s all-too-perfect reality begins to break. You can check out the fantastic trailer for yourself below.

For those who have yet to watch Avengers: Infinity War, you may want to turn away and avoid watching the trailer, as there are SPOILERS from this point onwards…

Now then, those who are caught up with all things MCU will know that Vision was killed by Thanos (Josh Brolin) at the end of Infinity War, leaving us to wonder when exactly this new Disney Plus series takes place.

Could the entire series be occurring within Vision’s mind during his final moments? Or was his consciousness successfully downloaded by Shuri (Letitia Wright) during that film’s final battle?

Based on the trailer above, it’s clear that Vision is aware of the fact that he has died, however, it also appears that Wanda is also conscious of their predicament, leading us to assume that the series isn’t entirely from Vision’s perspective.

Of course, we won’t know for sure until the show lands on Disney Plus. Thanfully, that won’t be too long, as Disney has confirmed that WandaVision will kick off its Marvel TV shows in late 2020.

Not a Disney Plus member yet? You can sign up for a monthly or yearly subscription below.