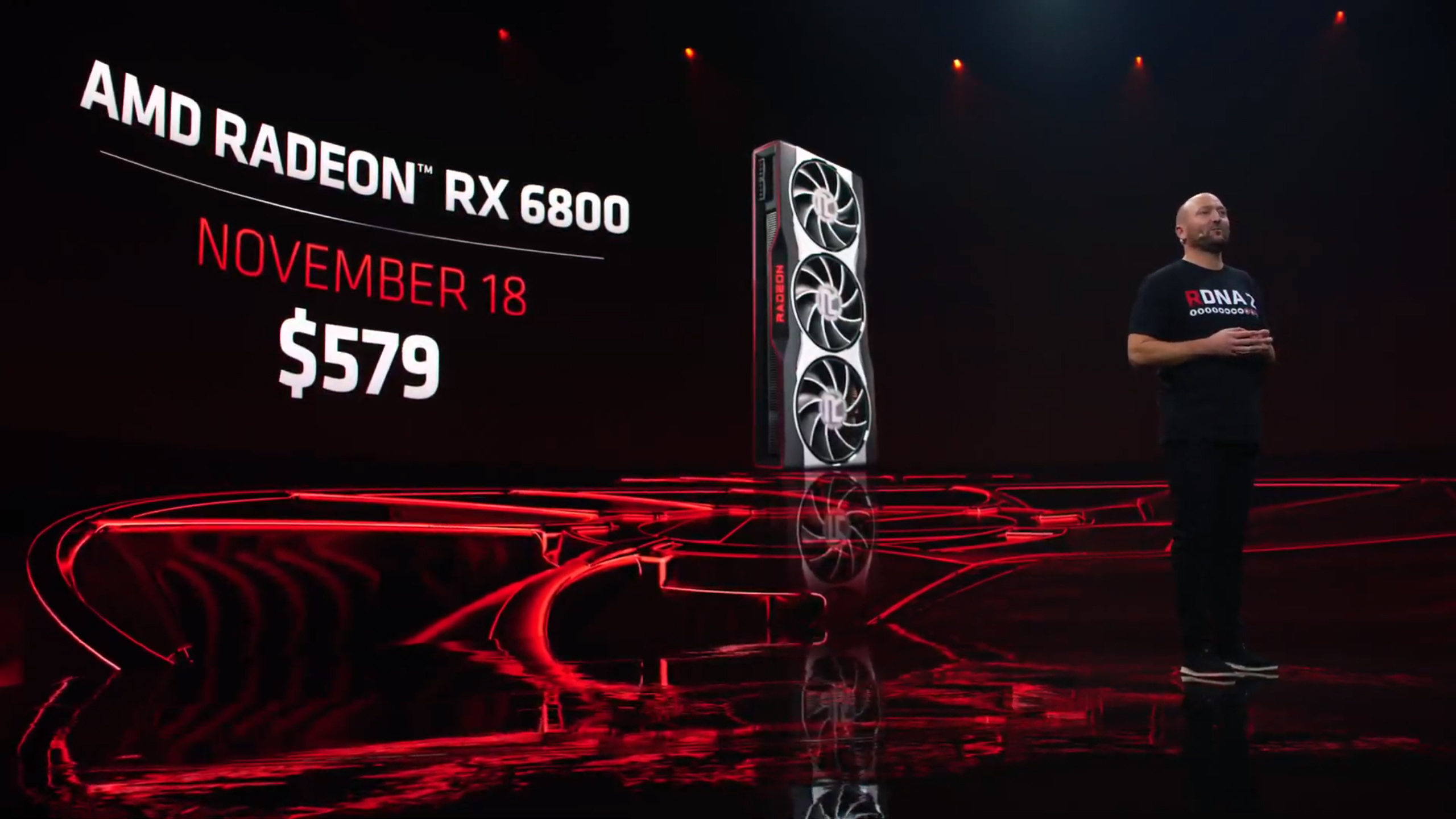 AMD has announced the price of Radeon RX 6800 GPU in India which was launched a few weeks back. The new series of GPUs from AMD are a direct challenge to the new Nvidia RTX 3000 series GPUs.

In a new tweet from the AMD India handle, the company has announced that the price of Radeon RX 6800 GPU in India would be Rs 45,999 before GST. This makes it less than the price of the Nvidia RTX 3070 at Rs 51,000, which is a direct competitor.

SEP for the @AMD @Radeon RX 6800 GPU in India.Availability in the following days. Official e-retail partners and their listings: https://t.co/rkFWQB8snR pic.twitter.com/VubwJZIxLzNovember 18, 2020

The AMD Radeon RX 6800 arrives in a landscape where AMD graphics cards have been substantially behind the best Nvidia graphics cards at the top-end for years, leaving Team Green to dominate the enthusiast space without competition. Then, in 2019, we caught a glimpse of AMD putting up a bit of a fight with the Radeon VII, which was priced to compete with the RTX 2080 – a matchup that it ultimately failed to win.

Then, in July that same year, AMD dropped its first RDNA graphics cards – the Radeon RX 5700 XT and RX 5700, both of which provided a real alternative to the Nvidia cards in their price range. However, following this release AMD aimed at the 1080p class of graphics cards, leaving the RTX 2080 Super and RTX 2080 Ti completely unchallenged.

The AMD Radeon RX 6800 is based on AMD’s RDNA 2 graphics architecture, which is conveniently the same graphics tech behind both the PS5 and the Xbox Series X. Practically speaking, this means little to nothing right now, but has the potential to impact PC game optimization over the next generation of the best PC games.

However, it’s important to keep in mind that both the PS4 and Xbox One also used AMD graphics, and it didn’t drastically effect PC game optimization over the last generation, so this could end up being a moot point – only time will tell on this, though.