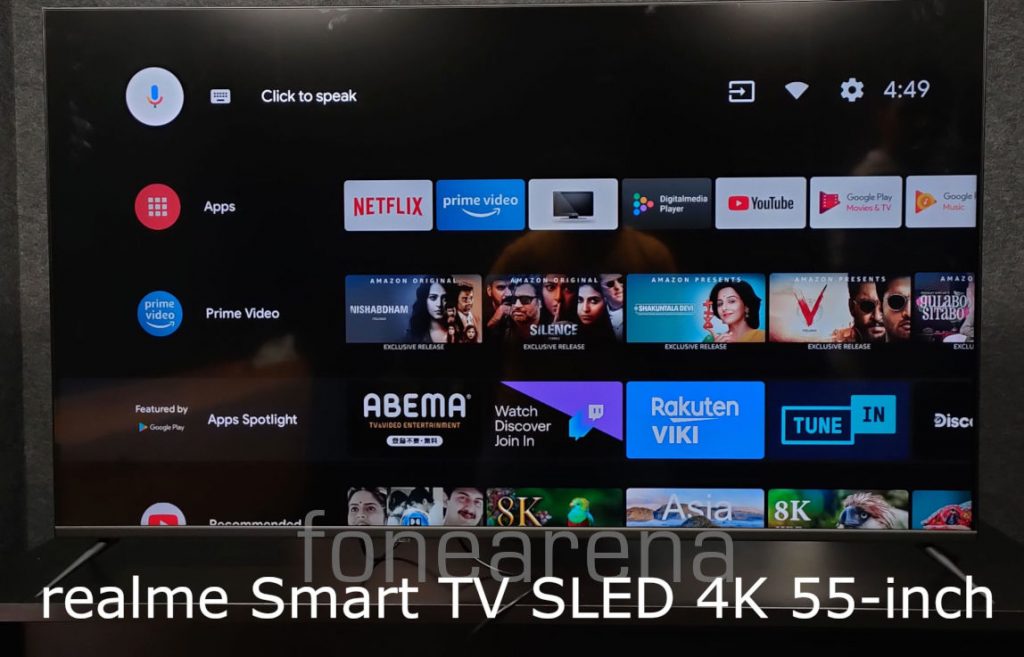 realme forayed into the Indian market with its smartphone lineup and gradually, the company entered into AIoT category. Expanding its lineup further, the company launched a couple of Smart TVs in India earlier this year – 43-inch Full HD and 32-inch HD Ready. Following that, realme has now launched its latest 55-inch SLED 4K television in the Indian market along with a range of AIoT products. I used SLED TV (based on Spectral Power Distribution) from realme for some time, and here’s the unboxing and first impressions of the realme Smart TV SLED 4K 55-inch.

The realme Smart TV SLED 4K sports a large 55-inch 4K LED panel with a resolution of 3840 x 2160 pixels and has a wide 178-degree viewing angle. The display technology used on this television is SLED, which is co-developed by realme and the Chief Scientist of SPD Technology (Spectral Power Distribution). The way this technology works is, the white light is formed from RGB (Red, Green, Blue) colour combination (RGB Backlight) compared to most LED TVs (including QLED TVs) that use a blue backlight for the initial stage which is then turned to white. realme says that as a result of this, the harmful effects of blue light are reduced and SLED achieves a more notable wide colour gamut (up to 108% NTSC) and eye protection than QLED.

Further, the realme 55-inch 4K has an ultra-wide colour gamut of up to 108% NTSC and the company says that this TV can “display more colours and cinematic visuals, and deliver more vivid and detailed view experience.” realme has used its ‘Chroma Boost Picture Engine’ on this SLED TV and in my brief usage, I like the display quality – the panel is bright, sharp, and the viewing angles were amazing as well. That said, I found the saturation to be on the higher side by default and if you are not a fan of the boosted colours the Chroma Boost Picture Engine offers, you can tweak the Saturation level, Backlight, Brightness, and more from the ‘Picture’ settings. You can also watch HDR content on this TV as it supports different formats like HDR10+,  HLG, and you get 7 different display modes that you can choose according to your preference. 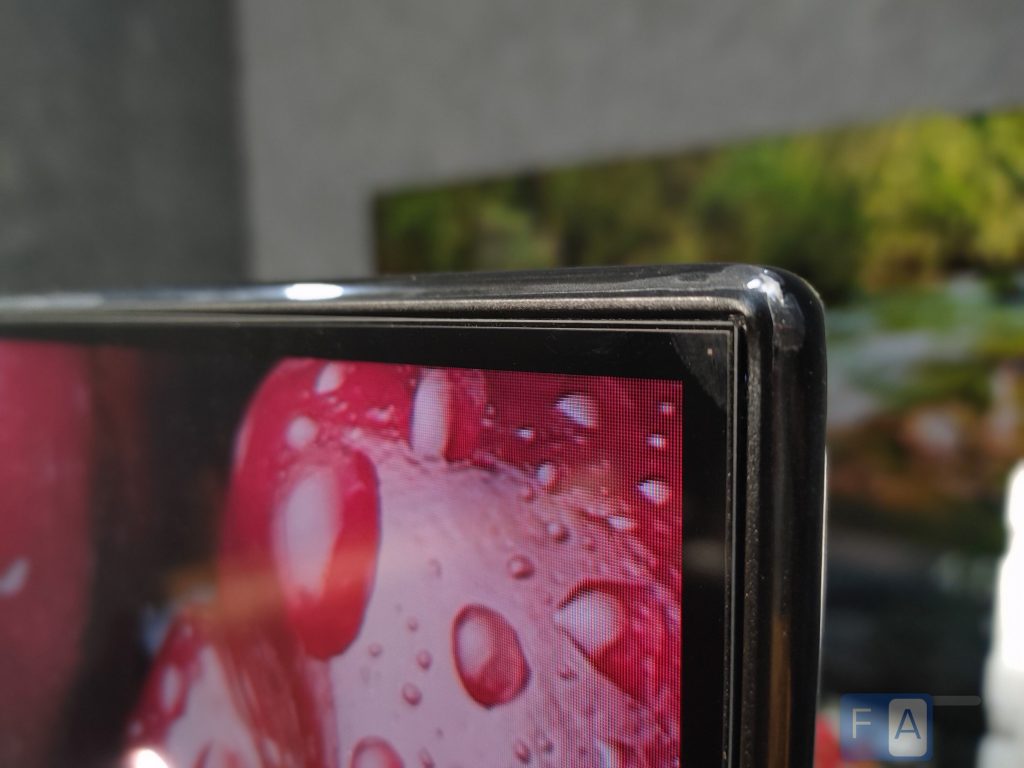 As for the design and build, it has slim bezels (9.5mm) with a 94.6% screen-t0-body ratio. The choice of materials used on this television is quite good as well – the back panel is made of good quality plastic and the stand is made of metal, and it felt sturdy during my limited time with the television. Similarly, I did not notice any sorts of screen bleeding on this television, but I’ll have more to say about the display in the full review. 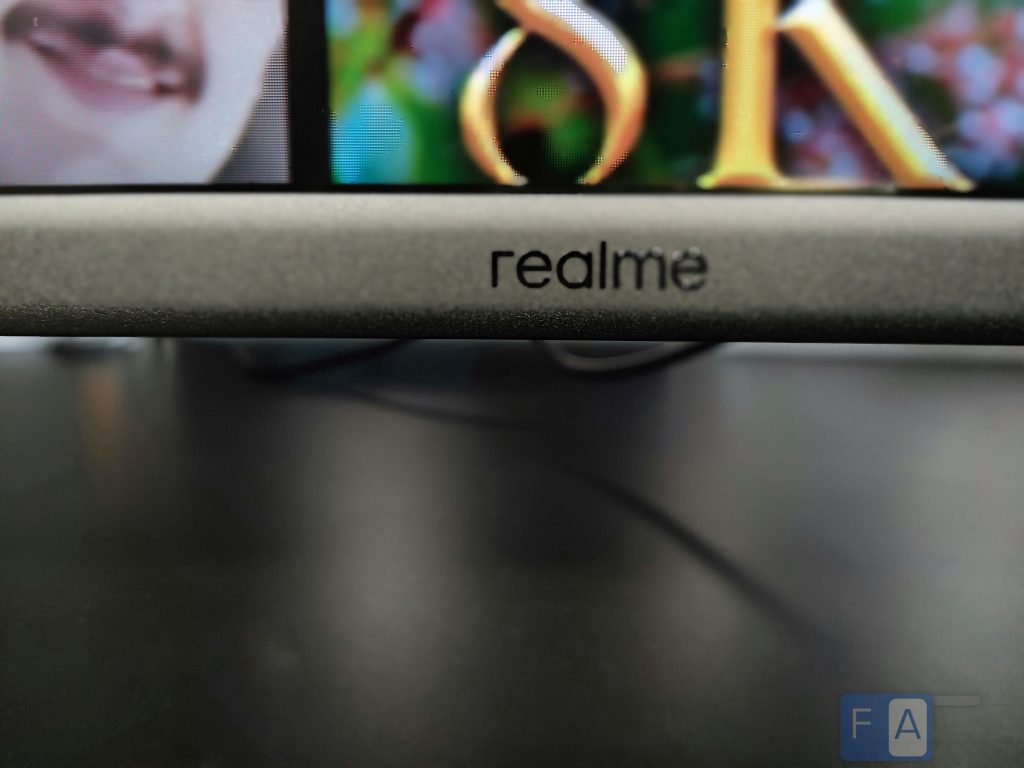 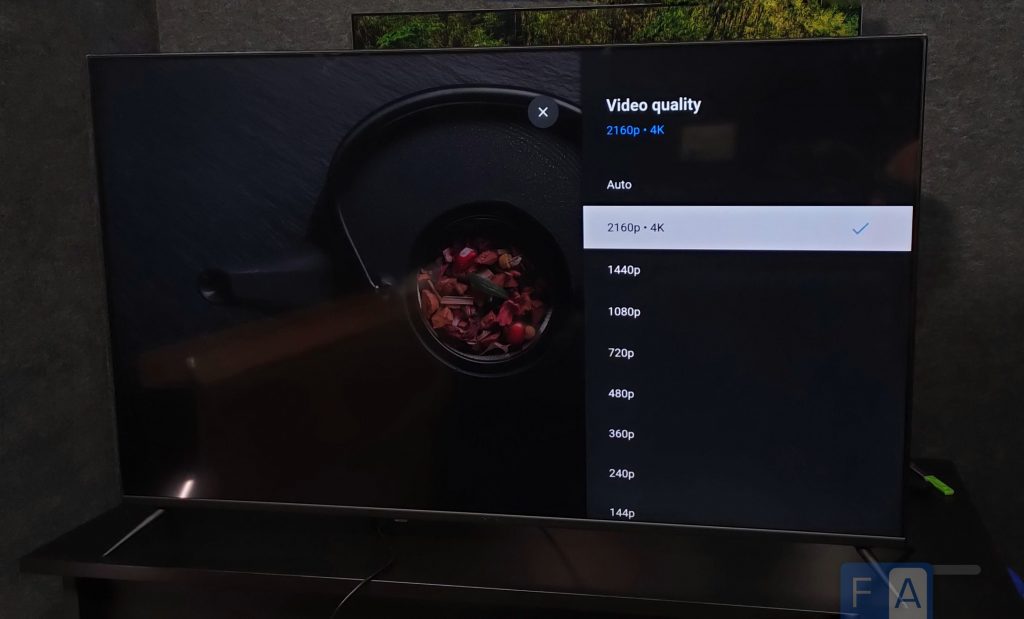 The realme SLED TV runs Android TV 9.0 with support for Google Assistant and built-in Chromecast. As it runs Android TV, you can install apps directly from the Google Play Store and it comes with pre-installed apps like NetFlix, Amazon Prime Video, YouTube, etc. Further, the remote also has dedicated buttons for one-click access to NetFlix, YouTube, Amazon Prime Video.

As for the audio, this TV sports 24W quad stereo speakers (two sets of speakers are located in the bottom of the TV and each set is composed of one full-range speaker and one tweeter). There is support for Dolby Audio (MS12B) with surround sound capability. The Sound Settings allows you to choose a different sound style, adjust the Balance, Bass, Treble, and more.

The realme Smart TV SLED is priced at Rs. 42,999, and will be available at an introductory price of Rs. 39,999 in the first sale on 16th October on Flipkart and realme.com.