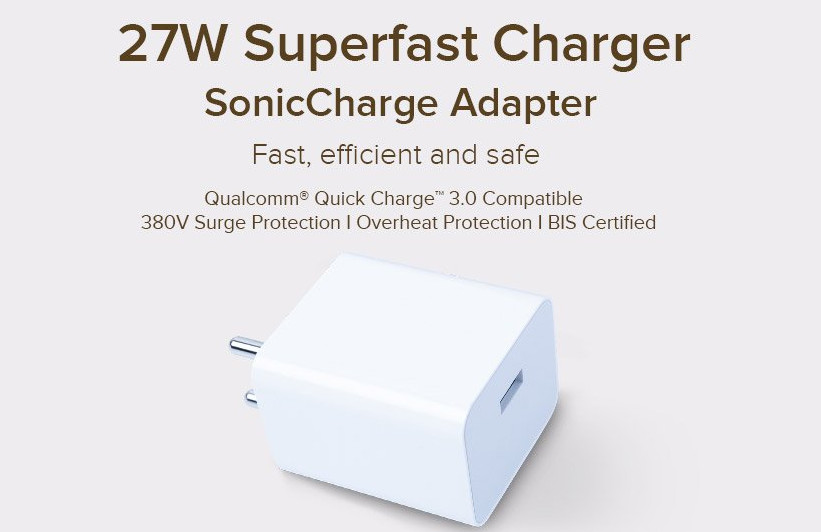 Xiaomi launched its 27W Superfast charger as SonicCharge adapter soon after the launch of K20 series back in July last year. Today it has launched a new version of it which is ‘Made in India’. It comes with 380V surge protection and supports Quick Charge 3.0, similar to the predecessor.

It also has automatic temperature control to prevent over heating, says Xiaomi. It doesn’t come with a USB cable in the box.

The Mi 27W SonicCharge fast charger comes in white colour, is priced at Rs. 549 and is available from mi.com.