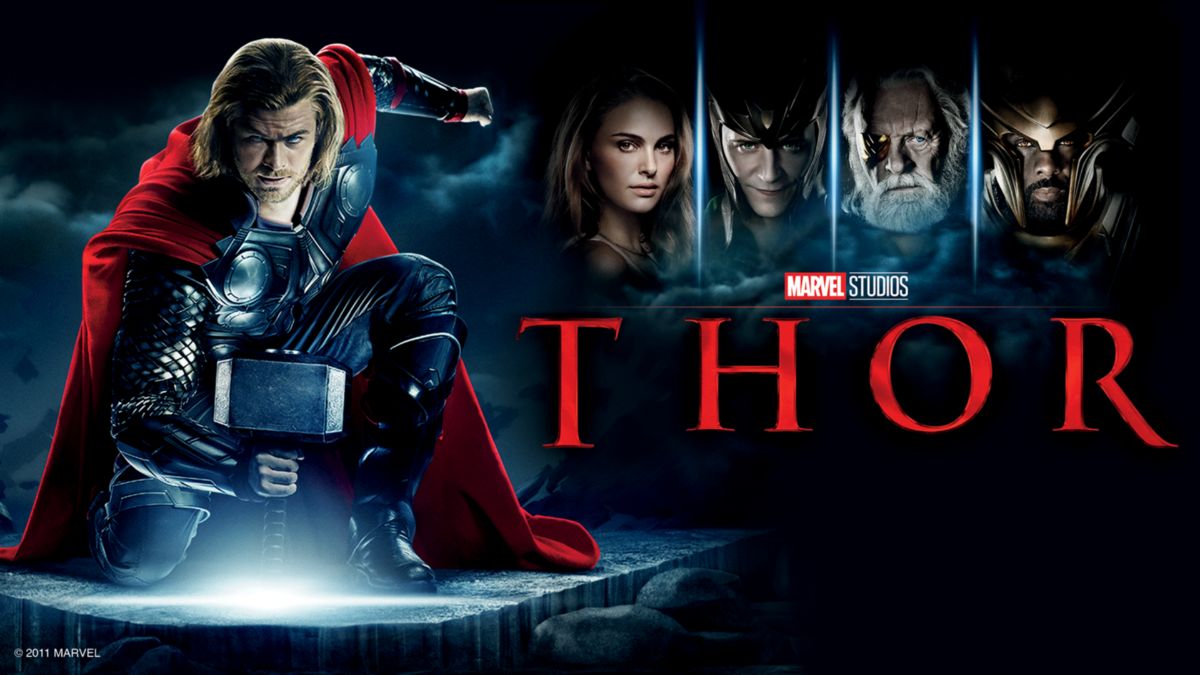 We’re watching the Marvel movies in order for a series of regular features. Check out our previous pieces on Iron Man, The Incredible Hulk and Iron Man 2, and look forward to Captain America: The First Avenger getting the spotlight next weekend.

First and foremost, the MCU is a superhero movie franchise. As the cinematic universe grew, so did the nature of their films. Every movie taps into a specific genre mixed with superheroic flair. In the early years, the MCU’s debut headliners (Iron Man and The Incredible Hulk) were very much in the vein of heavy science fiction. It’s only in 2011 that Marvel made its biggest departure from the formula with Thor, dipping into the fantasy genre while trying to make audiences believe that a god can exist in the same world as heroes.

Did they succeed? In some aspects, yes, but upon rewatching, a lot of sacrifices were made along the way.

Asgard, a place unlike any other

Thor has the tallest task of all the Phase One MCU films. It’s the first venture beyond the world of Earth and into the mythological landscape of Asgard. There, we are introduced to Thor, the god of Thunder and the rest of the iconic characters and places from Norse mythology including Odin, Loki, and the Frost Giants of Jotunheim.

While mythology is used as the backdrop, this is still a superhero origin film through and through. And since it’s the MCU, it still follows the theme of a flawed hero finding their path to becoming better.

Everything is set into motion when Asgard is invaded by the Frost Giants in a failed attempt to steal a weapon of great power. Here we see a Thor that is very different from the character that he grows into over the course of the next five MCU films.

He’s arrogant, he’s selfish, and most importantly he’s a warrior who only cares about battle and ruling through strength. Thor’s selfish actions break a 1,000 year old truce with Jotunheim, bringing war to Asgard’s doorstep. His father Odin, the king of Asgard, declares him unworthy, banishing him to Earth, where he learns humility, meets SHIELD and becomes a selfless hero in the span of what is perhaps a good weekend.

A tale of two brothers

There are great highlights to the first Thor film that still hold up. At the core of the film is the family drama involving Thor, his brother Loki, and their father Odin. While a bit overacted, Chris Hemsworth gives us a great performance as the arrogant Thor. So by the time he loses his hammer and becomes unworthy, you believe it, even with what little time we see him in Asgard. He’s even fun as the fish out of water God amongst men, giving audiences some great comedic moments.

The real show stealer is Tom Hiddleston’s Loki, who gives the MCU its first truly great villain. While Loki plays the great con and manipulates the events that lead to Thor’s banishment, this film is probably the only time we get to see the real Loki. Most of the character’s future MCU appearances are all mischief and mayhem, featuring a character who is very much lost and doesn’t know what he wants. Here, Hiddleston puts on a master performance as a vulnerable character. Loki is a son who is tired of living in his undeserving brother’s shadow and wants acceptance from a father who he feels betrayed him.

It becomes noticeable in repeat viewings that the film doesn’t devote enough time to Thor and Loki’s relationship. Other than Thor being the selfish older brother, we don’t get to see their upbringing or the source of Loki’s animosity towards Thor. It’s all assumed.

This is something that could’ve been resolved with more time in Asgard, to see just how mistreated Loki may have been growing up knowing he was different than his brother. Thor’s journey to worthiness, the film’s main conflict, also isn’t given enough room to breathe. Thor learns humility, suddenly cares for a group of strangers and becomes worthy in a matter of two days. It’s all fairly unbelievable.

Thor’s greatest stumbling block is that it’s a film that isn’t sure which genre it wants to be. It’s clear rewatching the movie that Marvel wanted to find a grounded approach to the character, resulting in a mix of myth and science. In fact, the film practically beats you over the head with that very idea.

With that in mind, Thor and the Asgardians were less gods and more beings from the deep reaches of space that were confused for gods throughout history. The idea that magic and myth were just science and technology we couldn’t understand acts as a narrative McGuffin, which allows the Asgardians to make sense and for Marvel to explain how Thor can exist in a world with characters like Iron Man and the rest of the Avengers.

In concept, it’s a cool way to explain what gods are in the MCU and give them some logical weight but ultimately takes away what we want from a Thor film – the myth, the magic, the world. It’s amazing how much of the film takes place in its New Mexico setting rather than exploring more of Asgard, or any of the other fantasy realms it’s connected to.

We spend more time in the film trying to convince Jane Foster and her small team of astrophysicists that Thor isn’t a crazy homeless man than we do establishing Asgard as a world. The mid-film climax, after all, is Thor sneaking into a SHIELD camp to steal his hammer back and getting into a fight with a security guard (where the movie not-so-subtly introduces Clint Barton to proceedings).

Some of the MCU’s older films were always going to age with time, and not all of them have aged particularly well. Thor still looks good for a nine year-old film, where we get a glimpse of the frozen waste, giants and monsters of Jotunheim, as well as the gaudy and extravagant kingdom of Asgard.

There are some moments where the effects show their age, mainly in the fight with the Destroyer towards the end, but it’s nothing too distracting. What’s interesting is that it’s not the special effects that age poorly, but the story, tone, and character development – they all take a hit with time. Thor is an incredibly cheesy film, with shades of Shakespearean dialogue that borders on overacting from the whole cast, the former of which makes sense given director Kenneth Branagh’s background.

Now, it’s not like these things weren’t noticeable before, when the film first arrived in theaters. However, after the success of the first two Iron Man films and the potential of what’s to come, the suspension of belief was high. Audiences were a lot more willing to overlook a few shortcomings here and there as fans of Marvel.

Chris Hemsworth is likable in the role as Thor, as is the rest of the cast, but his dialogue and delivery suggest he’s trying too hard to sell that these are royal beings from another world. Even an actor of Anthony Hopkins’ prestige, who plays Thor’s father Odin with all the gravitas of a king, has moments of dialogue that are cringeworthy. Once Branagh and Marvel find ways to use levity to break tension, the film becomes more enjoyable, but it’s still corny overall – it feels more like a product of the early ’00s era of superhero movies, minus a nu metal soundtrack.

Thor wants to be a movie that’s different from your traditional Marvel film. Unfortunately, like Iron Man 2, it’s held back by the need to connect to the larger universe and other films. It never fully commits to being a fantasy film. It’s a movie that plays out like a means to an end, and considering where it leads, it does the job it needs to. The biggest impact that Thor has on the MCU canon is giving us Thor and Loki. No matter how sloppy their introductions are, they are both characters that would go on to define future Marvel movies in wholly positive ways.

Homepage » Gadget » With Thor, the MCU took a step into fantasy but failed to fully commit