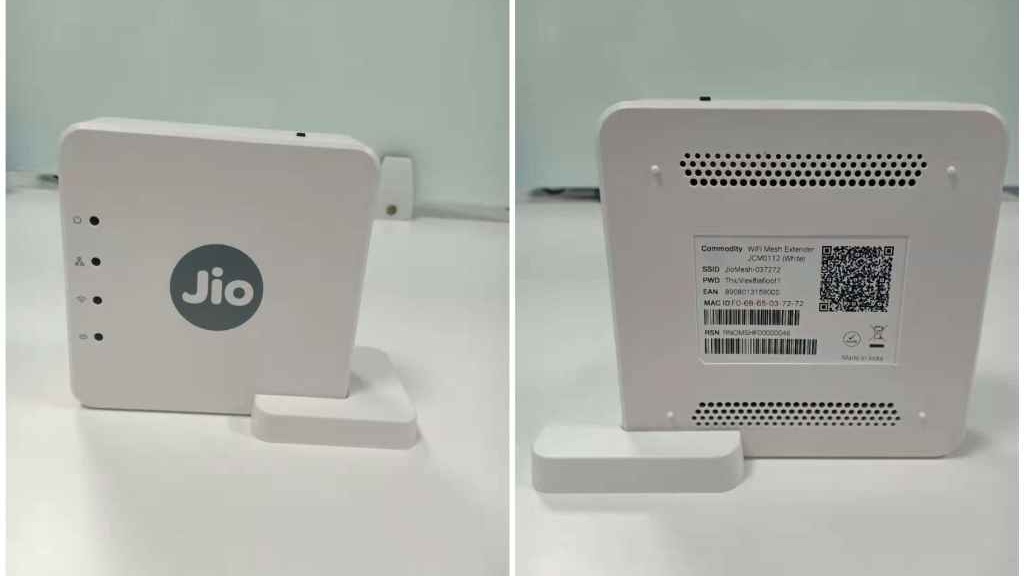 Reliance Jio Infocomm (generally referred to as Reliance Jio), a subsidiary of Jio Platforms, has launched a mesh router to help expand the WiFi coverage beyond the range provided by the default router across homes or offices that have JioFiber connection.

The company says that, in general, the WiFi coverage provided by the Jio Home Gateway covers an open area of approximately 1000 square feet (on the same floor). However, this range can be affected by several external factors,like interference from other WiFi Access Points in the surrounding area, placement of the home gateway in the house, user’s distance from it and the number of walls between the home gateway and the user.

Keeping all this mind, Reliance Jio has launched a mesh WiFi router to expand the WiFi coverage beyond the one offered by the existing router. And it has been priced competitively at Rs 2499. No other detail is available about the product as of now. Though it is said to be manufactured by one Neolync Electronics located in Karnataka.

What is a mesh router?

Unlike typical wireless routers with just a single device providing coverage, the best mesh WiFi routers have a multi-node setup. That means that they can have several nodes, which you can strategically place around the area for a full, uninterrupted coverage. That’s because these nodes take on the job of covering the areas the main router can’t reach. These routers are, therefore, ideal when you’re trying to cover a large space or a busy, multiple-device household.

The best mesh Wi-Fi routers effectively give you a stable and uninterrupted connection throughout your space.

In India, Airtel recently came up with mesh router plans to its Xstream Fiber users. As per a report in the Economic Times, “Airtel Fiber Plus Mesh plan carries a price tag of Rs 25,000 with the company offering Linksys Velop Triband devices. Airtel highlights that its users subscribing to the Fiber Plus Mesh plan will receive three mesh units with a capacity to cover 3500 sq feet.”