realme already confirmed that it is planning to launched realme Smart TV 55″ model soon, and it recently confirmed 108% NTSC colour gamut and the design. Today the company has revealed that it will be the world’s first SLED 4K Smart TV also also revealed some of its features.

SLED display is based on Industry-leading RGB Backlight Technology to bring more natural viewing experience with SPD technology. While most LED TVs including QLED use a blue backlight which is then turned to white, realme SLED- uses RGB for the initial stage, hence reducing the harmful effects of blue light and providing higher color purity. The white back light formed from RGB three basic colors combination has quite a high ability of color representation, thus realme SLED achieves a more notable wider color gamut and eye protection than QLED. 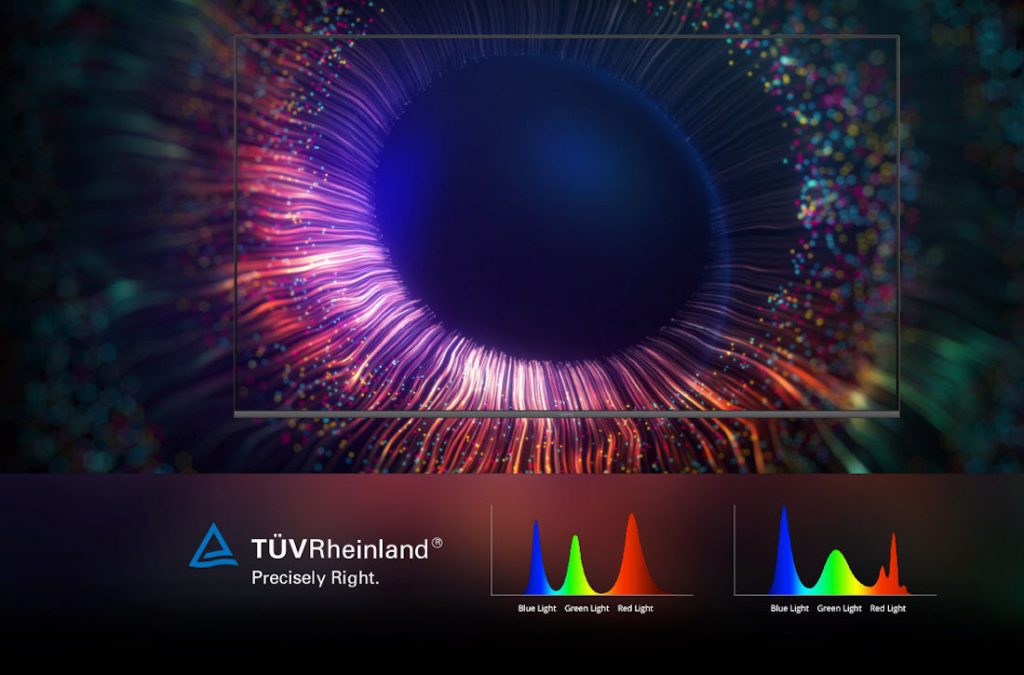 With the RGB powered backlight, SLED is also more healthy for your eyes. By not using Blue backlight at the start, realme SLED- has a more balanced color distribution among red, green and blue with similar color density. Thus, SLED has fewer blue light than QLED. The lesser the blue light, the more healthy your eye would be.

I have some interesting updates about our upcoming launch for you all & I am sure it will make your lives much cooler with the most stunning visuals ever. Stay tuned for the next #AskMadhav episode. pic.twitter.com/m7RPky3PSZ

realme India CEO Madhav Sheth has posted an image of the box, so we can expect the launch of the TV in October.