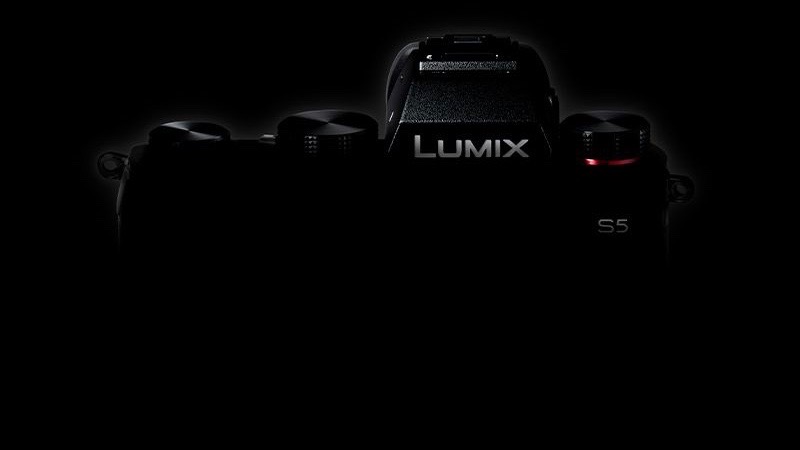 Reliable camera leaker Nokishita has done it again – after revealing some of the specs of the upcoming Panasonic Lumix S5 full-frame mirrorless camera, the Japanese source has now revealed a teaser image of the snapper on Twitter.

It’s not the best image, given the low resolution and dark background, but it does give us an idea of what to expect.

From this one angle, the S5 seems to have a similar design and colour scheme to its older Lumix S1 and Lumix S1R siblings, but we found out just a couple of days ago that it’s significantly smaller and lighter than either of the earlier Panasonic full-framers – 33% smaller and 38% lighter to be precise.

If true, this significant reduction in size is good news for Panasonic fans as the S1 and S1R were quite hefty for mirrorless cameras, being bigger and heavier than rivals from Canon, Nikon and Sony.

Unsurprisingly, the teaser image doesn’t reveal any surprises, but if what Nokishita revealed last time is true, there won’t be much difference between the S5 and the S1.

We’re expecting a 24MP sensor and 4K anamorphic support like the video-centric S1, along with in-body image stabilization and Panasonic’s DFD (depth from defocus) contrast-based autofocus.

The one thing the S5 is rumored to be stealing from the pro-video Lumix S1H camera is Dual Native ISO when the sensitivity jumps from 100 and 640 to 640 and 4000 when recording video in Hybrid Log Gamma (HLG) mode – a huge advantage for low-light conditions.

We don’t have a definite date of launch for the S5, but the camera has already been registered with retailers, meaning it could be arriving very soon indeed. Good thing, because we can’t wait to get our hands on it.