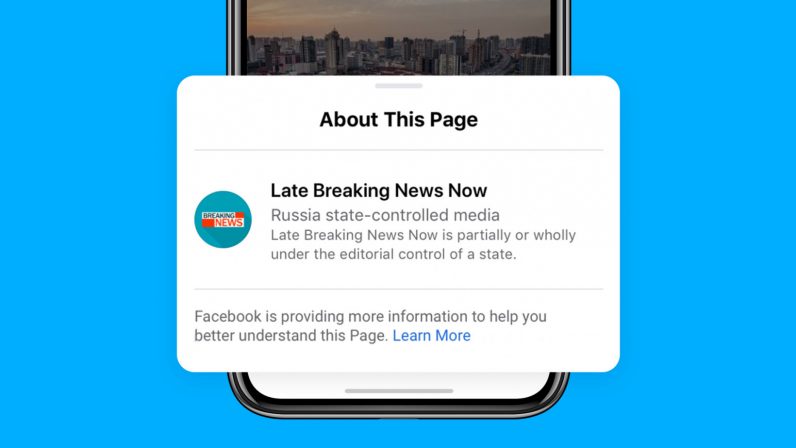 Starting today, Facebook will label posts by state-controlled media on the social network. The company first announced the move in October, part of larger efforts to fight disinformation during elections. In a post announcing the update, Facebook said: We’re providing greater transparency into these publishers because they combine the influence of a media organization with the strategic backing of a state, and we believe people should know if the news they read is coming from a publication that may be under the influence of a government.  Facebook also said it would begin labelling ads by such outlets. They “rarely advertise…

This story continues at The Next Web