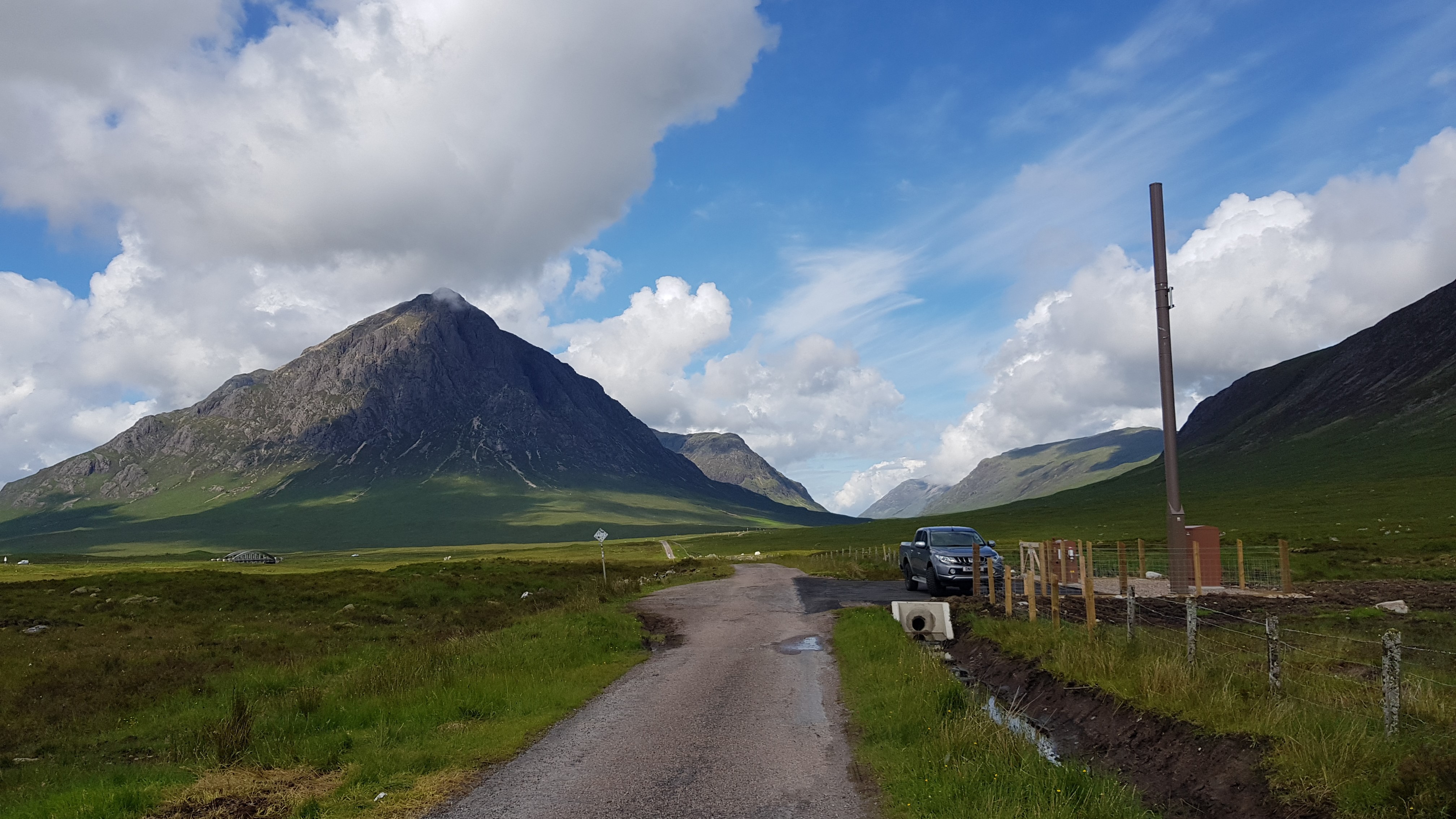 EE says that operational costs will also be significantly lower.

EE was awarded a £1 billion contract by the Home Office back in 2015, tasked with constructing new sites and to develop a core system to support the network. The ESN will be able to prioritise ESN traffic when required and the firm will introduce satellite backhaul for hard to reach areas.

Alongside the new sites, EE has also upgraded more than 19,000 existing locations and is deploying long-range 800MHz spectrum to deliver widespread coverage. This means rural coverage will be significantly enhanced for residents and tourists.

This will be especially valuable given many people will be taking holidays in the UK this year rather than going abroad.  At Glencoe, the use of 800MHz spectrum means 65 square kilometres of the Scottish Highlands will get better connectivity.

“With ESN, we are focused on building the coverage where the Emergency Services need it most to ensure they can best protect and serve society. Often this is in rural areas,” said Richard Harrap, MD of ESN at EE.

“Our new site builds and upgrades to existing 4G masts for the ESN have also meant further expanded coverage in rural areas, and improved coverage in hard to reach areas and along key roads such as our 500th site in Glencoe.”

The ESN has helped EE expand its 4G network to cover 84 per cent of the UK landmass – more than any other operator – and it plans to build another 100 sites as part of the project. EE is inviting other operators to share the sites it is building for the ESN ahead of the implementation of the Shared Rural Network – a framework for operators to share infrastructure in rural areas.

The ESN was originally due to launch in 2017 but is now more than £3.1 billion over budget and still yet to be fully deployed. Repeated delays led the Home Office to ‘reset’ the project in September 2018, with rollout introduced in phases.

A report from the National Audit Office has concluded that a 2022 launch data was still too ambitious.